Thank you @andrew for the clarification.

Hi Andrew,
I was just browsing through the native vlan topics and i saw your reply to Ahmad. I dont understand your replay starting “To get this to work, we have to configure each port as a Trunk and allow both the VOIP VLAN and the PC Data vlan on the switch port” Which port are you configuring as a trunk?
I have configured VOIP vlan and pc data vlan on a switch port and it is not configured as a trunk port for both devices to work with the cat5 from the wall going into the phone first and then the pc connected to the phone.
The port on the switch is configured as an access port:
#sw mo access
#sw ac vlan 110 - for pc data
If i add a phone later to the same port, all i do is add the voice vlan to the port:
#sw voice vlan 333 - for phone
The port on the switch is still configured as an access port. So which port are you configuring as a trunk port? Please clarify.

Hello Cecil,
Anytime you want more than one VLAN to traverse an interface you need to use a trunk. By default all VLANs are allowed over a trunk port. An access port is used for one VLAN and one VLAN only. So in this case the interface you are running VOIP and DATA on needs to be a trunk. Also in a typical setup you will have trunk ports configured between switches so hosts that are apart of the same VLAN but on different switches can communicate with each other.
I hope this helps,
Scott

Before the advent of the voice VLAN on Cisco switches (this is somewhere around 2004) Cisco IP phones that were set up to function with the switchport for a PC had to be connected to a port on a switch that was configured as a trunk. This trunk had the data VLAN set up as the native VLAN and the voice VLAN was the allowed VLAN on the trunk. This resulted in frames destined for the PC to reach the IP phone without a tag i.e. on the native VLAN, and frames destined for the phone carrying voice to arrive as tagged frames. The phone knew that tagged frames should be taken and processed by the IP phone and that untagged frames should be sent on to the switchport connected to the PC. This was standard procedure on Cisco switches, and this is what @andrew is describing above.

Since then, the voice VLAN has been introduced. This is a special case where the port is no longer configured as a trunk, but is configured as an access port. The extra command of voice vlan is added to indicate the VLAN that will be carrying voice packets. It essentially works the same way as the configuration described above. The advantage of the voice vlan option is the fact that CDP will be used to communicate between the phone and the switch in order to further configure QoS features (trusted mode and untrusted mode etc…)

Thanks for clarifying this I have zero experience with Cisco phones! I am much more use to using LLDP and tbh non-cisco network gear. I hope to be working with 100% Cisco gear very soon.

I have a question. The part you said “The vlan dot1q tag native is a global command so it applies to all interfaces. If you want to exclude certain interfaces, you can use the no switchport trunk native vlan tag command on the interface level.”. Currently I have all of my switches using Native VLAN 1. I want to change all Native VLAN 2. If I am to do the global command, will it bring down my network/switch? This is how our network works. Router -> Switch 1 -> Switch 2 -> Switch 3 -> Switch 4. I logged in Switch 1. If I am to do global command to change all to Native VLAN 2, will it bring down Switch 3 and Switch 4? What about router? I don’t maintain the router, my ISP does. Suggestion? Thank you, Vincent

If you want to change which VLAN will be the native VLAN, there is no global command to do this. This is done on each interface that is configured as a trunk. You will have to go into each trunk interface on each switch and make the change.

Now it is best practice to configure trunk ports to use a native VLAN that is not used by user traffic. If your native VLAN is in use for user or management traffic, and you have configured it on the trunks, then changing the native VLAN may have an affect on the network. It all depends on how your trunks are configured. It would be a good idea to make the changes during a maintenance window and to make sure that you have local access to all switches such that if you lose connectivity, you can connect locally via a console cable.

This change should not affect the connection to the ISP router since that should connect to an access port of Switch 1 which does not deal with the native VLAN.

You should be fine but still I wouldn’t recommend changing this on Monday morning 9 AM.

Once you change the native VLAN on one side, you will see a CDP message:

M apologies if my question is irreverent I would like to know what kind of system generate untag packet/frame in the real network environment and how that untag frame look like ( does it is same as Ethernet frame with tag ) and why it, not getting discard/drop by while encapsulating with the IP packet in transport layer when we have the checksum mechanism?

Frames that are sent from almost all network devices such as computers, are sent without tags. Frames sent out of access ports on switches are also sent without tags. Tags are only added when a frame exits a trunk port and are removed once again when it enters the trunk port on the other end. Tagged frames should only exist on the link between two switches connected via a trunk.

Having said that, the Native VLAN is set up on a trunk so that any frames that do arrive on that trunk port without a tag will be placed on the appropriate VLAN. Situations where this is used is when switches communicate with each other using control frames such as those use in the CDP, VTP and STP protocols.

Another situation in which the native VLAN can be used is depicted in this topology: An untagged frame is not a frame with an error, it is just one that doesn’t include the tag. This would not show up as an error so it wouldn’t be caught by the checksum mechanism.

Exactly Andrew, i work on private p2p network for video delivery and first step when configuring a switch is to make sure VLAN 1 not assigned to any port and create interface vlan 1 with no ip address and shut. All our switches pass cdp etc.

I have seen a working scenario wherein DATA VLAN is 135 & VOICE VLAN is 137, also switch port is not TRUNK, Native VLAN is 1. So how could DATA Vlan traffic will go untagged as DATA Vlan being 135… Also under switchport we are giving commnad as "Switchport mode access " for DATA vlan, then how can we put this interface in Trunk mode?

There are two ways to implement the following scenario:

A sample config would be:

In this case, the interface is configured as an access interface with an assigned VLAN oif 135, which is the native VLAN. An additional command would be added indicating which is the voice VLAN, specifically, VLAN 137. A sample config is the following:

The configuration is a little more elegant and more intuitive, but the result is the same. Now there is the following important difference between these two configs: the latter involves CDP communicating with the IP phone and letting it know which is the voice VLAN and which is the data VLAN so it can react correctly to the appropriate tagged/untagged frames.

To find out more about the voice VLAN and how it is configured, take a look at this lesson: 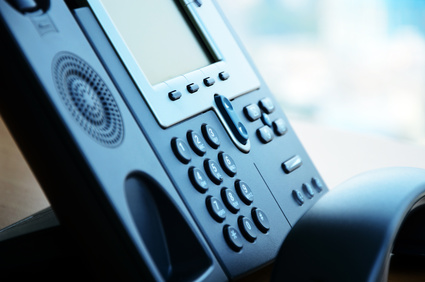 In this lesson, we'll take a look at the Voice VLAN and how it works..

I have a question, what happen If I configure “vlan dot1q tag native” in one switch and doen’t in the another peer?

Is this cause a problem with control traffic? what would happen with trunk in both sides?

This is why not all switches that I configure supports this command.

what happen If I configure “vlan dot1q tag native” in one switch and doen’t in the another peer?

Side of a trunk with “vlan dot1q tag native” set, is going to drop all frames, that are not tagged with dot1q.

Example:
Switch A: is not tagging frames on its native vlan
Switch B: is tagging all frames, including frames from his native vlan, because there is set “vlan dot1q tag native”

Nevertheless control traffic like CDP will pass from Switch A to Switch B just fine. It is not really tagged, but Switch B will process it. For control traffic it does not matter that one side of a trunk is tagging native vlan and other is not.

@fugazz has got it right. His example scenarios are clear and correct.

Hi Lazaros
I have questions:

VLAN tags only exist on the trunk itself. In other words, if you have Fa0/1 interfaces on two switches connected to each other, and these interfaces are configured as trunks, then as the frame egresses Fa0/1 of SW1, the tag is added. Once it reaches Fa0/1 of SW2, the tag is removed.

So let’s say PC1 connected to SW1 sends a frame to the switch. The port on the switch where PC1 is connected is configured as an access port on VLAN1. The switch will receive this frame and will send it out of Fa0/1 on SW1. When it does so, it knows that it belongs to VLAN1, because it came in on a port that is an access port on that VLAN. So it adds a tag with the appropriate VLAN and is sent over the trunk.

When it reaches Fa0/1 on SW2, which is also a trunk port, the trunk port reads the VLAN tag, removes it, and sends the frame to the appropriate egress port on VLAN1, where PC2, the intended destination, is connected.

Concerning how the native VLAN functions, take a look at this previous post:

Hello Karan Frames that are sent from almost all network devices such as computers, are sent without tags. Frames sent out of access ports on switches are also sent without tags. Tags are only added when a frame exits a trunk port and are removed once again when it enters the trunk port on the other end. Tagged frames should only exist on the link between two switches connected via a trunk. Having said that, the Native VLAN is set up on a trunk so that any frames that do arrive on that trun…

Finally, concerning protocols like CDP and VTP that require Layer 2 connectivity to exchange information, these protocols always use VLAN1 and will be untagged (unless configured otherwise). These protocols function in this way as an exemption to the normal rules governing tagging and native VLANs. The post above explains this in more detail.

Thanks Lazaros,
Now it is clear.