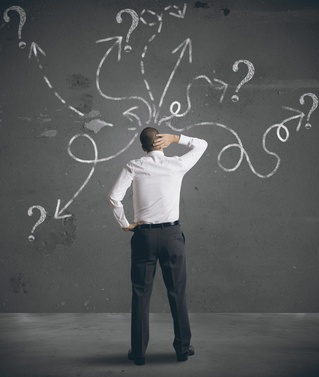 In this article I'll explain the basics of Administrative Distance to CCNA students.

So…administrative distance is a static number? EIGRP is always 90 and OSPF is always 110? Where are the numbers derived?

Those are the default values yes. You can change them globally so that the router prefers one routing protocol over another, for example by changing the AD of OSPF to 80. It’s also possible to change the AD on a prefix level.

videos are excellent. i can understand topics very easily. I hope Rene Molenaar updates network lessons with more videos as new features are introduced in cisco .

why would u need to run more than 1 routing protocol in your network. wouldn’t you either run in todays world purely eigrp or ospf? why both?

Is there a reason why the administrative distances are chosen to be 110, 120 etc. Any number can be used right?

Shree,
While you can choose to make the Administrative Distance to almost any number you choose, you should have a good reason for changing, and you should make the change across all routers under your control that use the protocol in question. There are legitimate circumstances where you need to change an AD (often times with multiple redistribution points), but in general this is not done.

The default values of the Administrative Distances have been assigned based on the reliability characteristics of the specific protocols. In general, within a network, OSPF is considered more trustworthy than RIP. Why? For several reasons. It is a more efficient protocol, it can deal with a larger number of devices, it converges faster… Similarly, EIGRP is better than OSPF in that it converges even faster having a feasible successor (backup route) immediately available if a primary route goes down etc… In most cases, the actual values of the Administrative Distances won’t have such a great impact on your network. It’s just that a mechanism had to be created that helps determine which route will be used when two routing protocols suggest different paths to the same destination. And this mechanism requires defaults for each routing protocol. And the defaults have been determined based on general reliability and effectiveness of each protocol.

Thanks Laz, it kind of helps by giving me a basic concept.

what do you mean by convergence. also under what circumstance should we be using EIGRP. if EIGRP is better then why we do not use EIGRP always?

Prem,
“Convergence” means the state of a routing domain where stability has occurred. In other words, routes have been learned by the devices that need them, and there are no outstanding requests to learn new information.

Using EIGRP as a routing protocol is a good idea if you have a pure Cisco environment for routing nodes, as EIGRP is a Cisco proprietary protocol. This is also the reason why wouldn’t be able to use EIGRP exclusively. Let’s say you had one business purchased by another. One business might use EIGRP while the other uses OSPF. It isn’t uncommon for multiple routing protocols to be present on a single network.

The key thing to remember is that AD only applies when you have two exact routes.

Our network uses static routes and VLANs to direct and separate traffic. I do not believe we have a routing protocol enabled. If I enable EIGRP will my network stop working correctly?

A straight answer is NO, EIGRP or any other dynamic routing protocol won’t break your network and/or change your routing table.

This lesson can be helpful!

Now this is very helpful because you can create your EIGRP topology, put in all your routes and have destinations be shared among EIGRP routers without that affecting your network. Then you can gradually remove static routes from your devices and verify that the correct routes are indeed being installed in the routing table. If anything goes wrong, just revert to your saved config and you’re back to your original state.

Just keep in mind that if there is a route that is not statically configured in the routing table, and EIGRP does share it with other routers, only that route will be added to the routing table. All static routes will always supersede EIGRP routes to the same destinations.

Who has determined those administrative distances, Cisco? This would explain why EIGRP gets an higher value than OSPF.

So how does this work when there is a non-Cisco router in the network, do these ADs still play a role or are they only relevant in a network with solely Cisco routers?

Similarly, EIGRP is better than OSPF

I find this confusing. I’ve heard non-cisco network engineers (engineers who are not cisco certified) saying that OSPF is better. My IT-teacher for example, who was a network engineer for many years and taught me a networking-unit, did not want to teach us about EIGRP as he said it was obsolete.