Hi dear friends, i configure site to site between 2 Asa.

But when i ping from my local host to remote host icmp unreacheble.that is way my vpn is down

It may be that the particular packet tracer command worked correctly on that specific ASA, but that does not ensure that you should have end to end connectivity. There are many other troubleshooting steps that you must take in order to locate the problem causing your lack of connectivity.

This course helps you to configure the Cisco ASA firewall with topics like VPNs, access-lists, NAT, PAT, failover and more.

Network Lesson: Cisco ASA Site-to-Site IKEv1 IPsec VPN
I have implemented this lab using CML-LAB using the exact configuration found in this lesson.
I see the VPN is UP but I am unable to ping the interesting traffic from Router 1 and Router 2.
I believe there is no NAT involved here since both routers are connected directly to the inside interface of the ASA and there is no internet access here. I am not sure what is else missing.
Can you please advise?
I see the packets are being encapsulated but not decapsulated on ASA 1.
I see the packets are being decapsulated but not encapsulated on ASA 2.

The first thing I would consider here is routing, but I see that R2 is configured correctly with the default gateway, so it should be sending traffic correctly. The only other thing I can think of that you may want to check is MTU size on the interfaces, ensuring that frames aren’t being blocked.

You may also want to try to ping from R2 to R1 and see if you get any encaps/decaps incrementing or not. If not, then it is indeed an issue of sending traffic in that particular direction ASA2 --> ASA1.

Hopefully, this has given you some inspiration to continue your troubleshooting!

Recieve errors on an IKEv1 IPSec tunnel usually increase when one of the tests performed during the decapsulation of the ESP fails. These include:

In order to determine in detail where the problem is, you can use various debug commands for IPSec including:

If it is an issue with ESP decapsulation, you should pick it up with the first of these debug commands. In the details of the debug you should see the reason for the recv error, and you can continue troubleshooting from there on.

Some helpful Cisco links that may aid in your troubleshooting include:

This document provides an explanation of common debug commands that are used to troubleshoot IPsec issues on both the Cisco IOS? Software and PIX/ASA.

This document contains the most common solutions to IPsec VPN problems.

I have question regarding routing with S2S VPN.
In your post we had to configure routing between 2 directly connected ASA FW. But in a case when you add (for example) in between one Router ( so ASA - R - ASA) you only have to specify default routes pointing to R. In the R configuration I do not use any route towards inside interfaces on both ASA Firewalls.
Why is that?

This is a very good question and is important to understand the role of routers in various locations throughout a topology. That router R doesn’t need to know how to reach the inside subnets of the ASAs. It will never receive packets with a destination IP of 192.168.1.X or 192.168.2.X.

Remember, the ASAs have created a site-to-site tunnel, so all traffic with such destination addresses will be encapsulated within tunneling packets. This means that the R router will only receive packets with destination IP addresses of the outside interfaces of the ASAs.

Thank you for the reply.
This all makes sense ( when using router ), but what I do not understand is why you have to specify routing when you have directly connected ASA FW. Directly connected ASA FW share same subnet (outside interfaces) and when we encapsulate packets in IPSEC, we know how to get to our peer, we then de encapsulate IPSEC headers ( we are left with source of inside IP and destination of inside IP) and forward in inside interface.

The solution is to either use the static route as shown in the lesson or introduce a default route in the routing table. That way if a destination doesn’t match anything, in the routing table, it will be sent to the default route. Once that is done, such packets will be sent to ASA2. ASA2 knows the 192.168.2.0/24 network as it is directly connected, and will forward the packet correctly.

I would like to ask a little help.
I am a beginer network engeener.
My question is:

If i created a s2S Ipsec Ikev1 vpn between 2 asa or 2 router and the interesting traffic are the same on both site. What should i have to do excatly?

I think i should do a NAT but i do not know how?
What kind of NAT do i have to use and how do i have to create NAT in this situation? What network do i have to translate for?

Take a look at this lesson: 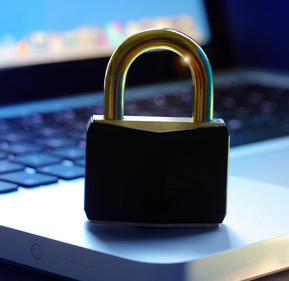 This lesson explains how to configure Site-to-Site IKEv1 IPsec VPN on the Cisco ASA Firewall.

There you will see a detailed step-by-step procedure on how to create a site-to-site IPSec IKEv1 VPN between two ASAs.

If you have further questions about this particular setup, please feel free to let us know!

My problem is that the interesting traffic is the same on the both ASA or router.
I can not found such a example for it.

I would like that these 2 networks reach each other on S2S Tunnel.

How can i resolve this problem?

I see, thank you for the clarification. It depends on what you want to achieve. There are two possibilities here:

If your case is the first, then you can easily do this by creating a Layer 2 tunnel between the two sites using the Layer 2 Tunnel Protocol (L2TP) as described in the lesson. Here you must ensure that each host has a unique IP address across both sites.

If your case is the second, then you must find a way to make those addresses unique. There are several ways to do this:

Let us know which is your case so that we can help you further.

Thank you for your support.
I review the one to one NAT lesson.

It is not completely clear yet

So it may be have a question to you.

Thank you very much!

So it may be have a question to you.

No problem, that’s what we’re here for! Take a look at your convenience, and if you have any questions, you know where to find us!

Thank you in advance.

According to Cisco’s command reference:

Similarly, there are other attribute groups you can configure including:

…both of which can be found in the above command reference link as well.

I would like to do this in my ASA what you suggested:

If that’s not possible, you should be able to NAT the addresses of one of the sites, as you suggested using static one-to-one NAT between the 192.168.1.0/24 subnet and another subnet that is not in use, such as 192.168.10.0/24. This NATing should be done either on the VPN router at the remote site that contains the subnet to be NATted, or on a router internal to that network, before the traffic reaches the VPN router. For one-to-one static NAT

The you translate to can be anything you like but it should not exist on any other internal network that you want to be able to reach, nor should it use any public IP addresses as this could result in incorrect routing to particular destinations on the Internet.

In order to achieve one to one NAT address translation for a whole range of addresses, you can use the range keyword like so:

You can see more detailed information about such configurations here: