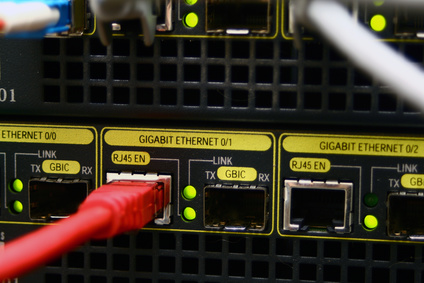 This lesson explains how to configure the Telnet server on your Cisco IOS router or switch and how to use the telnet client to connect to other ports.

Just removed this, this was a bit of my draft (in Dutch

I think it is better to create the credentials “user and password” before typing the command login local, because in case of problems (if you lose control), the equipment will ask you an account that you have not created yet.
Am I wright ?

Yes, if you type the command login local and log out without creating any credentials, then you will not be able to log back in.

Hi Laz, first I would like to thankyou for your quick response. Just to be specific, I was working on CCNA routing & switching ICND1 100-105, Unit 7 Network Management, subtitle Telnet Server and Client. Here is what I found on packet tracer 7.1:

as you see here I do not have the option to add a source address as explained on the lecture note after the command telnet 192.168.12.1 /source interface…

I tried it out myself and I confirm your findings. Unfortunately packet tracer does not include the whole list of available commands that exist on a real IOS device. This is one of those cases where it only includes a subset. However, keep in mind that for the specific exams (ICND1, ICND2, CCNA) the commands included in packet tracer are sufficient for your studies. The source interface command that Rene mentions in the lesson is useful to understand the concepts described, but it will not be necessary for the exams themselves.

Since TACACS+ is a cisco proprietary, we can only configure centralized server on CISCO ACS or CISCO ISE acting as TACACS server , while a windows 2012 server as centralized RADIUS server? while network access devices such as cisco switches, as either Tacacs clients or Radius clients with source interface vlan on switch that carries the radius or tacacs traffic towards the centralized servers ?

In shared authetnication model - your windows PC or macintosh laptop is a supplicant while your cisco switch is authenticator which authenticates using credentials of local directory on ise or LDAP on microsoft AD server ?

Is authentication done locally at cisco switch with response of Radius server from microsoft AD or tacacs+ CIsco ISE , or is it done all at end devices through secured tunnel ? I am not getting deeper in to authentication protocols like EAP FAST or PEAP. I just want to understand the device roles, as where the authentication process happens in between the three nodes starting with host supplicants, authenticator (network switch) and back end authentication device like ISE or microsft AD LDAP.

Hello Harshi TACACS+ and RADIUS are two different families of protocols that perform similar functions. Some details about each: TACACS+ is Cisco proprietary but started out as an authentication for UNIX systems in the 1980s TACACS+ can be run on a VM, and there are versions that can be run on Windows as well TACACS+ uses TCP RADIUS is a protocol standardized by the IETF RADIUS can run on most Linux and Windows platforms RADIUS uses UDP by default but can also be configured to use TCP Both …