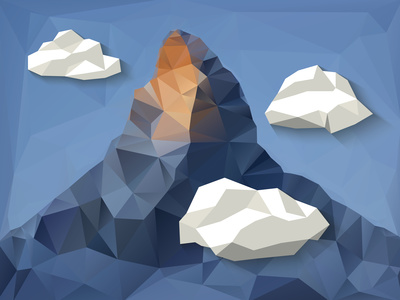 With DMVPN phase 3, spoke-to-spoke traffic is possible with only a default route.This lesson explains how to configure EIGRP on DMVPN phase 3.

Great basic DMVPN lab but i have a request:

A DMVPN lab with 2 ISP’s (Multihoming) and load balancing using EIGRP Add-Path Support. I have had a hard time understanding the concept of that.

I just published two examples for this:

I haven’t included EIGRP Add-Path Support (yet) but this might be useful.

If I want to migrate DMVPN phase 2 to phase 3 with EIGRP configured … what are the 3 changes that need to be done ??

For a detailed answer you can take a look here:

The short answer is this:

Last my route table doesn’t show the “%” and “H” indicators next to the routes when I configure as you did in your video.

The 3725 router is quite old and there are some differences in the commands for IOS 12.4 or 15.x. I did all my DMVPN examples on a recent IOS 15 router:

Stephen,
If you happen to be using GNS3, my image of choice for DMVPN is the following:
c7200-adventerprisek9-mz.152-4.M6

Rene- I could not located the 3725 image you are using, what is the filename of it? as I would like to have it as well for sake of consistency.

I am a little bit confused here. When you advertise a default route with EIGRP, normally the spokes already have a default route (static maybe) because they are connected to the internet. in this case the EIGRP default route will not show in the routing table as it has a higher AD. and at the same time we cannot remove the default static route as we need it for the internet and also to reach the Hub router. To me, advertising a EIGRP default route here does not make sense because it will not be used. i was wondering if we can see a real summarization example at the Hub where the spokes still can directly communicate. thanks

In a production network, you probably use a default route for Internet access so you can’t get rid of it. I used loopbacks with 2.2.2.2/32 and 3.3.3.3/32 so for summarization, that’s a terrible example.

On a real network, you would probably use subnets that are easy to summarize. For example, something like this:

Hmm with the exact same config as I used? what if you clear NHRP, enable some debugs? does it tell you anything?

*Can you clarify why are we getting tunnel address two times of remote spokes?

*Can you clarify why are we getting tunnel address two times of remote spokes?

You can see the answer in the following post:

Concerning the default route, the summary route is used simply to cause the spokes to send all traffic to the hub to be further redirected to the appropriate destination spoke. It doesn’t matter that there is no default route in the hub. Remember, for phase 3, you don’t need specific routes to each spoke, NHRP takes care of resolving the next hop address.

Hey Rene,
I encountered the same issuse.
I copy pasted your Phase 3 configuration, cleared the nhrp process on both spokes and hub as well as shut-no shut the tunnel interfaces but still go via the hub instead of going directly to the other spoke.

The very first time you do a traceroute from one router to the other, the packet will indeed go via the hub. This first packet is used to allow the spoke to resolve the

I’ve labbed it up and as soon as all my nodes come up, I traceroute from spoke 2 to the loopback of spoke 1:

The packet does indeed go through the hub. But all subsequent traffic will go directly from spoke to spoke. I immediately issue the same command again and I get this:

This is because the very first communication from one spoke to another will go to the hub. The hub will then see that the destination is another spoke. This will cause the hub to send an NHRP redirect to both spokes, allowing all subsequent communication to take place directly between spokes. This process is furhter described in the Phase 3 section of this lesson:

This lesson explains how DMVPN uses GRE multipoint and the difference between phase 1,2 and 3.

Hi
As always, I’ve replicated this lab in GNS3, and I saw that if clear the next-hop-override on the Hub with the command clear ip nhrp, I loose all EIGRP routes until I do shutdown and not shutdown on all tunnel interfaces of each router

How can I prevent this behavior?

Keep in mind that in Phase 3, NHRP is responsible for resolving the next-hop IP address. As stated in the introductory lesson to DMVPN:

The final phase of DMVPN changes the way NHRP operates. The spoke routers no longer need specific routes to reach remote spokes and it doesn’t matter what the next hop IP address is. When a spoke router wants to reach a remote spoke, they will forward their traffic to the hub. When the hub receives the traffic, it will realize that another spoke is the destination and it will then send a NHRP redirect to both spokes.

When the spokes receive the NHRP redirect, they will both send a NHRP resolution to figure out each other’s NBMA IP addresses. The spoke routers will then install a new entry in the routing table so that they can reach each other directly.

So as soon as you clear NHRP mappings, you’re removing all next-hop IP address information, you lose connectivity, and you also lose EIGRP adjacencies. Typically, when a spoke attempts to communicate with the hub, NHRP will kick in again, and the exchange of NHRP packets will take place to reestablish the next hop and communication s well.

So my first question is, if you clear NHRP, and then attempt to ping from a spoke to the hub or the other spoke, is communication reestablished? If so, then the behavior you see is normal.

However, I have the following additional questions:

Just some thoughts that may help you in your troubleshooting process.