In this case, it has to be at least 3 but any higher number will also work.

May I know why can’t I make an unequal load balancing (no second route item for 4.4.4.0 network) after I configured variance to 3? I have uploaded my running config below. To make unequal load balancing work, the FD of your feasible successor has to be smaller than the FD of the successor multiplied with the variance.

So if you set your variance to 15, you should be good to go

Thanks for your help.

A wildcard is a reverse subnet mask. You can find some more info here:

In this article you will learn what wildcard bits are and how they work. You'll need to understand wildcard bits if you plan to configure access-lists.

This gives you the answer but it takes time. Once you feel familiar with these calculations in binary, take a look at this lesson: 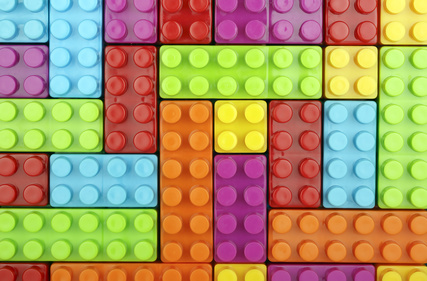 Subnetting can be done working only with decimal numbers. This is a lot faster and much easier than trying to do everything in binary.

Hello Rene,
i was able to put the LAB together and one thing I noticed is this.
I wanted to remove the variance 3 from the eigrp config and see the original distances value

I noticed that I do not see different value on the distances
maybe something I did wrong?

This page needs to be updated. The paragraph after the basic eigrp config says classful is the default, but this has changed since iOS 15.

First of all, your topology is slightly different than that in the lab. In the lab, the connection between R1 and R2 is an Ethernet connection (10 Mbps) as opposed to your FastEthernet connection (100 Mbps). In the lab, this results in having only a single route entered into the routing table for the destination network of 4.4.4.0/24, specifically, the route via R3. This is due to the fact that bandwidth is included in the metric of EIGRP. The bandwidth available via R3 is better than that available via R2, so the route via R3 is preferred.

Now this means that the variance command in your case will make no difference, whether it is implemented or not. Variance essentially allows unequal load balancing. If the metric is equal as is the case in your topology, no change will be seen.

In order to recreate the lab identically, you can change the speed of the FastEthernet 0/1 interface on your R1 router to 10. The lab should then work as shown in the lesson.

For more information about the variance feature of EIGRP, take a look at this lesson:

I hope this has been helpful, and I apologize for the late reply. We’ll do our best!

Thanks for the update. I’ll let Rene know to make the change…

I really like the time you took to explain this to me.
Thank you!!

Thanks for letting me know, just fixed this.

I think it should say “No auto-summary is the default”

I have captured the packets on all the 4 links. I see packets are transferred through only 2 links. I am using ping to send the traffic.

Some commands that might help you further troubleshoot the issue include the show ip route X.X.X.X Y.Y.Y.Y command where the X and Y placeholders indicate the destination subnet of the load balanced route. The output of this command will show information in the form of:

where N is the metric of the route, and M is the number of packets that have been routed via this particular route. Check out the value of M for each of the routes indicated in the output, and see if the numbers are going up evenly over time.

Hello sir ! let me know about EIGRP protocol what routes will be selected if both routes have same metric value to get the destination.

With EIGRP, it is also possible to load balance between routes that have a different metric value. This is called unequal cost load balancing, and you can find out more about it at the following lesson:

EIGRP can be configured for unequal cost load balancing. You will learn how it works and how to configure it in this article.

In order to set the speed of the R1-R2 link to 10Mb/s I used the bandwidth 10000 command under the interface configuration. A show interface f0/0 on the router then shows BW 10000 Kbit and Full-Duplex, 100Mb/s. My questions are:

On each interface you can configure speed and bandwidth.

The speed parameter is used to configure an Ethernet interface to function at a particular compatible speed that corresponds to the various types of Ethernet. Specifically, Ethernet, FastEthernet, GigabitEthernet, 10GigEthernet, 40GigEthernet and so on. So the options available for this command depend on the port itself. If it is a GigabitEthernet port, then the options are 10, 100, or 1000 Mbps, as seen below:

You also have the option of auto which negotiates the highest commonly supported speed. Now these commands change the actual speed at which a port will function. This in turn will also change the default value of the bandwidth (BW) to the value which corresponds to that speed. Notice below the output of a GigabitEthernet port that has been configured with a speed of 100:

Now the BW can be changed from the default value to anything you want within the available range (the range depends on the platform), but such a change will not affect the actual speed of the interface. The BW value only affects the cost that a particular routing protocol will assign to that link.