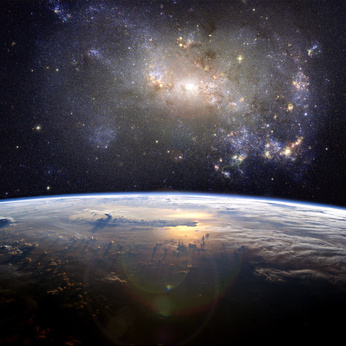 This lesson teaches you the basics of BGP (Border Gateway Protocol), the routing protocol that we use on the Internet.

In this statement here - “What if I wanted to send 80% of the outgoing traffic on the primary link and 20% down the backup link? That’s not going to happen here but with BGP it’s possible.”

How would you configure an 80/20 split for example using BGP (or any ratio…just as an example)?

Good question, there’s not a really short answer to it

With routing protocols like RIP, OSPF or EIGRP we use default routes for outbound traffic so we really don’t know anything about the destination. When we use BGP, it’s possible that we learn about all possible destinations (entire Internet routing table) or a partial routing table.

BGP uses a lot of different attributes (weight, local preference, metric, etc) that we can use to decide which path we use for certain destinations. You can use these for traffic engineering to send an X amount of traffic to one BGP neighbor and the rest to another neighbor.

Another option is something called “bgp dmzlink-bw”. This allows you to do load balancing based on the bandwidth.

Thanks Rene, appreciate the replies as always.
Cheers
Rob

My company have two ISP connections but we only use 1 for all our traffic and the other was is for backup situation. We were planning to buy a netgear router (http://www.netgear.com.au/business/products/security/FVS336G.aspx#tab-features). There are two WAN port and it has load sharing capability. Are you saying that in the configuration we will not be able to set 80% to ISP 1 and 20% to ISP2 and it will be 50/50 distribution only? and if we do want to send 80% trafic through 1 ISP and 20% through another we don’t have an other option but to buy beefy routers to run BGP. Moreover, I heard that bgp is more about controlling incoming traffic flow from multiple ISPs to your network (you may be running multiple webserver in your network)rather than outgoing traffic from your network?

It depends on the router, maybe it’s possible. You will have two default routers so most routers will just do “per packet” or “per destination” load balancing and you will have about 50/50 load balancing. Some routers might check the current load of the interfaces and then select the outgoing interface…

BGP is typically used to advertise your public IP space. You can also use it for outbound load balancing if you receive more than just the default route from your ISPs. Also, by using AS path prepending and/or MED we can influence how traffic enters our network.

That capture looks weird…I haven’t seen it before and I can’t find anything about it. Where did you find it?

Seeing multiple update messages in one frame is normal but I haven’t seen open + keepalive combined. Here’s a wireshark capture I just did on two IOS 15 routers with external BGP:

Thank you for response.

I have seen it on http://linkmeup.ru/blog/65.html. That artcile is written in Russian, so I assume you will have difficulties to read it. But there is article in English with similar wireshark captures. http://www.4pronetworks.co.uk/blog/asa-bgp-pass-through/ written in English.

You said that two multiple update in one message it’s normal. Could you explain this?

I took a look, with google translate I can get pretty far

About the update message…

Take a look at these two wireshark captures. In the first one the path attributes are the same and in the second one they are different.

Excellent explanation about multiple updates messages when the path attributes for prefixes are different. But I think there is another reason for such behavior. As you can see in your capture: https://www.cloudshark.org/captures/89f1795591f6 second update message is empty.
I get the same behavior in GNS3 when routers start session between each other they send “update message, update message” to each other and where second update is empty. I attaches screenshot from your capture.

Thank you for response! No, it wasn’t ASA. In case of http://www.4pronetworks.co.uk/blog/asa-bgp-pass-through/ ASA was just in between two routers, and it only passed through bgp packets which two routers were sending to each other.

That’s right, the empty update message also has a function. This is called the EOR (End of RIB) marker and it’s always 23 bytes (you can see it in the screenshot). It’s an empty update to tell the other side that all routes have been sent.

The “double keepalive” and “open keepalive” don’t make much sense to me…I haven’t seen this before, very strange. I searched around if I could find anything about it but nothing…

No problem. It was interesting to take a look at that capture file, the two keepalive messages are indeed exactly the same so I have no idea why they are there

Hi Rene,
A question regarding to bgp redundance for isp. The isp is using as number as 1 for example, they har deliver two line to the customer. The ISP has decided to use as 65000 for ebgp peering with the customer. In this case since the as is not unique, other as 65000 is existing in other location anywhere in the world. Because of the loop prevention, the customer for sure can not reach some locations right? Or should i say the private as nr like public ip address will not be visable from the internet bgp point of view?

Jie,
I think you are asking two questions:

If we are connected to a single ISP then we could use a couple of IP addresses from the public address space of the ISP and be done with it. We need a default route on our end towards the ISP and the ISP can use a static route towards us.