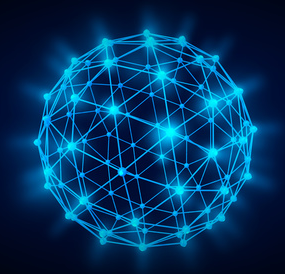 The IPv6 solicited node multicast address is used for NDP (Neighbor Discovery Protocol). This lesson explains how to calculate it.

I was wondering if you can clarify something for me. From me reading of this lesson, I understand that the solicited node multicast address is formed by joining the last 6 hex of the link local address to the FF02::1:ff address, correct ?

How, is the solicited multicast address now:

Why did you take the last 6 hex from the Ipv6 unicast address and not the link local address ?

The solicited node multicast address is generated for each IPv6 address on the interface, there’s one for the link local address and for each global unicast address that you have configured.

If we are only taking last 6 hex then multiple hosts on the same LAN may join to the same multi-cast group. As many hosts may have the MAC addresses whose last 24 bits are same. Is generating unique “solicited multi-cast address” not our intention ?

6 hexadecimal characters are 24 bits. The last 24 bits of the MAC address is the “vendor assigned” part. If you have two network cards from the same vendor then the last 24 bits should be unique.

Theoretically, it could be possible that you have two network cards from different vendors that have the same 24 vendor assigned bits but the odds are extremely small

It is possible though to have two IPv6 addresses that use the same solicited node address. This is no problem though…both hosts will listen to the multicast group address and if needed, discard the packet that isn’t for them.

Thank you for the clarity of your work. Although I understand how the NSM works, I have some gray areas:
1 - When you activate ipv6 on an interface, the latter joins a multicast group. This multicast group is used by NDP to retrieve the MAC address of the neighbor or detect duplicate addresses. But in packet exchanges, I see that it is unicast and not multicast. When we talk about multicast, we are talking about broadcasting from a source to a group of recipients, which is quite confusing. Can you please bring me some clarification?
2 - How does a switch manage flows when trying to join a host’s multicast group on the network?

But in packet exchanges, I see that it is unicast and not multicast.

The important thing here is that the mechanism remains multicast, but the specific IPv6 multicast address is used in an environment where there is only a single host joining the multicast group. Rene explains it very well in the following text which is taken from the IPv6 Neighbor Discovery Protocol on Cisco Router lesson.

Using solicited node multicast addresses as the destination is far more efficient than IPv4’s ARP requests that are broadcasted to all hosts.

The result will be that only the remote host will receive the neighbor solicitation. That’s far more efficient than a broadcast that is received by everyone…

2 - How does a switch manage flows when trying to join a host’s multicast group on the network?

Now how will switches manage the flow of these multicast addresses? For IPv4 we have what is known as IGMP snooping which will prevent multicast traffic from being broadcast to all L2 switch ports. For IPv6, we use what is called Multicast Listener Discovery (MLD) snooping, which essentially provides the same functionality for IPv6 multicast. You can find out more about it here:

Hi Laz,
Thanks for your return …

What is the benefit or reason for having multiple global unicast on the same interface and also why does another solicited node group get created for the unicast if we already have a link local?

When IPv4 was originally created, each interface, and each host, could only have a single IP address. Later improvements allowed for secondary addresses to be used, which were very useful. For this reason, IPv6 was designed from the beginning to be able to incorporate multiple address assignments.

There are many advantages to being able to so easily assign multiple addresses to an interface. Some of these include:

These are just some of the advantages, and there are of course a lot more… IPv6 moves away from the stricter infrastructure of IPv4 where we have one address, one gateway, manual or DHCP configuration etc… IPv6 becomes more fluid and automated, and part of that is allowing multiple global unicast addresses to be assigned to a single host/interface.

Thank you Lazaros that clears it up