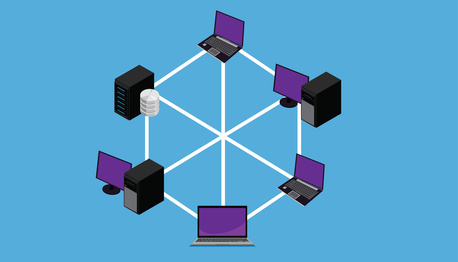 Hi guys.
I was not able to find lessons about that.

Can you explain the difference between a LAN SWITCH and a SAN SWITCH?

Thank you very much

The first thing we should do is determine the difference between a LAN and a SAN. A LAN is already well defined within the Introduction to LANs lesson. A SAN is a storage area network, which is a network architecture that is used to provide access to consolidated data storage. This is often used within a datacenter to provide servers with direct high-speed access to a shared storage repository.

SANs can use conventional Layer 2 networking protocols such as Ethernet, but must often use a specialized Layer 3 protocol called Fiber Channel (FC) which was developed specifically for SANs. Unusual for network protocols, FC was actually developed by the International Committee for Information Technology Standards (INCITS) which is an ANSI accredited body.

A SAN switch is simply a switch that has FC ports.
.
I hope this has been helpful!

The lecture says the buildings are connected with full mesh to two core layer switches. But I am confused because the two core switches are not connected and there is no redundancy. Could you explain pls.

Yes, you are correct. I believe that the point of the diagram was to show the various interconnections that can be made without actually showing every individual link. However, I will let Rene know to clarify and possibly to modify the image.

Thanks again for pointing this out!

Wouldn`t be a good idea interconnect core 1 with core 2?

Also we have the option of one more link redundancy between cores and NY, but I guess it`s much more expensive ports in NY router than ports of core switches.

Let me know your opinion about this design

Yes, your suggestion is excellent. This would allow traffic between buildings to avoid going through the New York router, offloading a lot of work from that device. It would also provide a level of redundancy, in case one of the core routers failed (if you enable something like load-balanced routing, HSRP, Stacking, or VSS.

You are correct again, that it would be beneficial to enable redundancy at the New York router, for both links, as well as in hardware. The NY router is a single point of failure that would cause a disconnection between multiple sites if it failed.

It’s good to keep in mind that in the real world, the best network design isn’t always strictly about what is best technologically. It also depends on things like cost, to whom the network belongs, as well as expected traffic patterns and usage. For example:

So network design also includes the idea of “do as much as you can with what you have”.

Hi Laz,
What’s the difference between an layer 2 hub and a hub router used in the Hub and Spoke topology?
Thanks
Pete

That’s a good question, and it is true that terminology can sometimes be confusing. The term hub is used in various situations, and its meaning must be identified based on the context.

A Layer 2 hub is a device that physically looks like a switch, as shown below. It does the same thing as a switch, that is, it interconnects network devices by having them plug into the Ethernet ports, and allows them to communicate with each other. 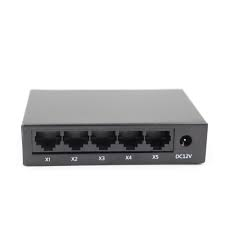 The difference however is how they perform this communication. Hubs retransmit anything they receive out of all their ports while switches selectively retransmit frames based on the intended destination, thus being more efficient. More about these differences can be found at the following lesson: 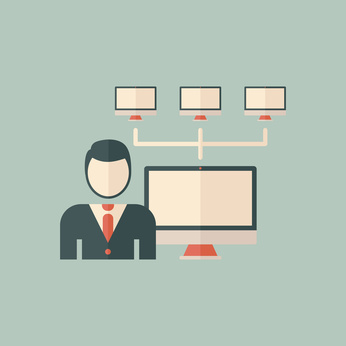 This lesson explains the basics of Cisco Campus Network Design and the three layer model with the Core, Distribution, and Access layers.

Now as far as a hub router used in a hub and spoke topology, or in a DMVPN scenario, this is a different thing entirely. Such a topology is like a bicycle wheel or an old fashioned wagon wheel. These wheels have two components: spokes, and hubs. The hub is the place where all of the spokes converge.

Notice the similarities in the following two pictures of a wheel and a hub and spoke topology: 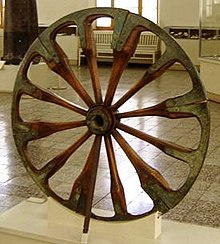 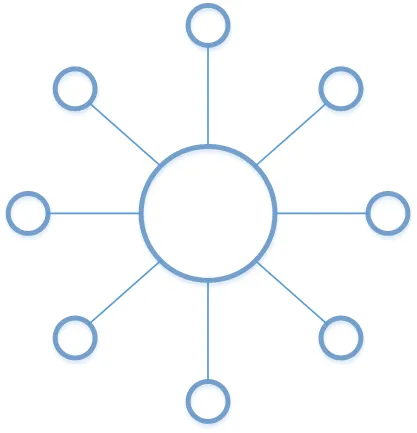 So in the case of a layer 2 hub, the term is used to refer to a specific type of device, while the term hub router, refers to a part of a particular topology.

about hub & spoke . new York , Miami and los Angeles should be Spoke . and the device between all the cities should be hub as per the diagram ?

why new york is the hub ? how do we know that it’s spoke or hub

I can understand how this diagram can be confusing. An enterprise may have three, four, five, or more sites where they have offices. When interconnecting these sites in a hub and spoke topology, one site must be chosen as the hub. In the above diagram, New York is chosen as the hub. How do you know it is the hub? Simply because you decide it as part of your network design, and you configure that device to function as a hub. A hub will have a centralized routing table to reach all the spokes, and may also deliver additional services (such as those found in DMVPN and others).

Now in the diagram above, the cloud with the device in the middle is a Frame Relay network. It doesn’t say so, but the symbol used indicates this. But that’s not important. It could be any WAN technology, including metro Ethernet, MPLS, or simply the Internet itself. The point is, the cloud in the diagram is simply the WAN network that interconnects the devices.

To make the diagram clearer, it may be worth removing the frame relay switch and just keep the cloud. I will suggest it to Rene to clarify the diagram further.