In order for STP to choose which port to block, the first criterion it uses is COST. However, if the cost is the same, it will then use port priority.

The lowest bridge ID is only used to determine which switch will become the ROOT BRIDGE and is not directly involved in chosing which ports will be blocked.

Hello Laz,
I have one question and I am going to use the below topology.

However, I have read somewhere, in order to influence the local switch port, the port-priority change has to be done in the upstream switch. In this case Switch 1. I have tried this in my lab and fa0/2 becomes the root port only when I change the port priority of fa0/22 on Switch 1. Would you please explain it to me at your convenient time? Thank you so much.

Hello Laz once again,
I have one more question to clarify myself. I am going to use the below topology for my question. In a converged network, does only root switch send BPDU and other switches just forward it to their respective connected switches?

The port priority is only used to determine which end of a link between two NON-ROOT switches will be DESIGNATED and which will be BLOCKED.

So, is my understanding correct?

Switches will choose the best path based on 4 factors:

- If you have a switching topology, where the Cost-Value and Priority-Value are same, then the Root-Port is chosen from the switch with the lowest MAC address.

- If you have a switching topology, where the Cost-Value, Priority-Value and the MAC address are same, then the Root-Port is chosen from the switch having the lowest switch port.

You’ve almost got it!! Here is a bit of clarification:

_OK, this one goes without saying…_

_You got this one down pat._

_I’m assuming in your explanation above that there is a SW-D as well, connected to both SW-A and SW-B. So when the port connected to SW-A is chosen over that connected to SW-B, it is because SW-A is the NEIGHBOUR switch with the lowest switch ID value. So we’re OK here too._

Could you just explain me the ports roles and states for your mentioned diagram. I have understood about the root port election but i am confused with roles and states. Thanks in advance. You can find a detailed description of the port roles including Root, Designated and Alternate ports at this lesson.

Also you can find detailed information about the port states at this lesson.

These are described in detail. Please review them and if you have additional questions, we’re here to answer!

Hello,
In the Spanning-Tree tutorial, we are looking at layer 3 Cisco switches or Layer 2 switches?
I am designing a network for a three-floor building with no major complexity.
The plan is to have three layer 3 switches on 1st floor, 1 layer 2 on the 2nd floor and 1 layer 2 on the 3rd floor.
Once I connect this switches with a fiber connection and make those ports trunk ports, do spanning tree will work throughout my 5 switches?

Great to hear that you’re into designing a production network! Concerning STP, keep in mind that it functions at Layer 2, so the switches in the tutorial can be either Layer 2 or Layer 3, it will not make a difference. As for your topology, STP is enabled on Cisco switches by default so when you connect your switches, STP will begin to function.

Also note that STP will only function if a Layer 2 loop exists in the topology. If your switches are connected in such a way so that there is no loop, then even though STP is enabled, it won’t actually do anything.

One final note: STP functions on both trunk and access ports by default. This protects switches from accidentily creating a loop by connecting two interfaces of a switch together directly or via an intermediate switch for example.

In that case I would suggest editing this lesson as it’s a bit confusing - it states in this lesson that the bridge ID IS used in calculating the best path to the root:

Whenever spanning-tree has to make a decision, this is the list that it will use. This is something to write down and remember:

If this is true then port ID would never be used, as sender bridge ID is always different due to the different MAC address.

EDIT/ Actually I believe the lesson is correct! See http://www.omnisecu.com/cisco-certified-network-associate-ccna/how-spanning-tree-protocol-stp-select-root-port.php

So the bridge ID is indeed used to calculate the best path to the root. In fact the port priority is only used when you have 2 links to the same switch.

I had the same doubt. So if i change the spanning tree cost on a port the outgoing port of the root bridge it wouldn’t change anything , the sending root path cost by root bridge will still 0 ?

Yes, if the cost on the root bridge is modified, it will still send a BPDU with a cost of 0. If the bridge loses its root status, then BPDUs will start sending the configured cost.

How through the exchange of BPDUs, the root switch is elected is not clear.

PS: perhaps it goes like this - each switch starts off by advertising itself as the root. When a switch receives a BPDU, if it is from a better root candidate it does a few things:

I think I can “prove” that with this, the switches will converge on a root. I’m not sure this is the best way to do it, perhaps there are ways that converge on the root faster?

Yes, your description of the election process is correct. It is also further described in this lesson: 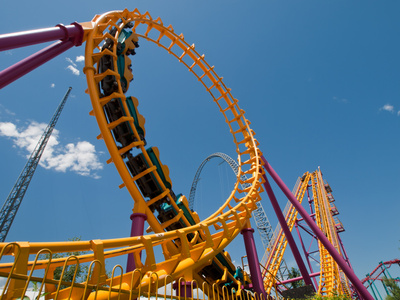 
Under the “How Spanning Tree Solves Loops” section. the receiver of the BPDU adds the cost of the link on its root port to the incoming BPDU.

Even if the receiving port is not the root port of the switch?

Hi Rene and staff,
port priority of a upstream SW port is send to a downstream SW port in the column “Port Identifier” in a config BPDU. Am i right ?
Port ID is 2 bytes like this