So one switch with the interface connecting to another switch via an interface that’s in blocking never receives BPDU ??

If we have loopguard enabled on such interface wt would happen ? As such port is sending BPDU but never recieves BPDU ?

This is no problem. Without loop guard, if a non-designated port stops receiving BPDUs then it goes through the listening > learning > forwarding state.

When you enable loop guard then a non-designated port that receives no BPDUs goes into a inconsistent state instead of going through the listening > learning > forwarding state. It does not affect designated ports.

Your article states:
Aggressive is a better solution. When it loses connectivity to a neighbor it will send a UDLD frame 8 times in a second. If the neighbor does not respond the interface will be put in err-disable mode.

However, Cisco Switch Textbook states:
UDLD messages are sent out once a second for 8 seconds.

Or am I missing something?

Yes you are correct. The statement is verified in the following Cisco documentation.

I will let Rene know to correct it.

Thanks for catching that!

sent out once a second for 8 seconds.

@benjamin.gillies Thanks Ben, this is an error indeed. Just fixed it.

Hey Rene, you mentioned that:

“When a switch is sending but not receiving BPDUs on the interface, LoopGuard will place the interface in the loop-inconsistent state and block all traffic”

A few question to clarify, correct me if I’m wrong:

The thing that I don’t get here is that the ‘message interval’ is 15 secs by default and ‘timeout’ interval is 5 seconds by default. So if the entries are removed after 5 seconds, it means that the switch will get a new probe 10 seconds after the cache was cleared, Why won’t it trigger the echo mechanism?

What is the duration of the detection window?

Interfaces that are in the ALTERNATE role will not send BPDUs but only receive, so how this rule apply here?

Yes you are correct. The statement should more readily read “When a port stops receiving BPDUs, then LoopGuard will place the interface in the loop-inconsistent state and block all traffic” This prevents the port form subsequently transitioning to a designated role and a forwarding state that can potentially create a loop. (I’ll let Rene know).

The thing that I don’t get here is that the ‘message interval’ is 15 secs by default and ‘timeout’ interval is 5 seconds by default. So if the entries are removed after 5 seconds, it means that the switch will get a new probe 10 seconds after the cache was cleared, Why won’t it trigger the echo mechanism?

According to Cisco (see documentation below), the default message interval is 15 seconds while the detection time, hold time or timeout interval, whatever you want to call it, is three times that value which is 45 seconds. If three message intervals elapse, only then will the ageing of the cached UDLD information occur.

You can find out more about this at the following Cisco documentation:

Hi,
When an intergace in in blocking sate, does it send bpdus? What if its a real cut on the entire link between sw2 and sw3? IS it going to get into the loop-inconsistent state?

During the blocking state, the port will be able to receive BPDUs and process them. However, if there is a disconnection of the entire link, such that the cable is cut or a cable is removed, then the ports on either end will be down completely, so they won’t be in any STP state. STP states exist only on ports that are active, that is, that have an active connection to them.

the mac address in the first SW3 config section is wrong for UDLD. Should be 0100.0ccc.cccc. In the next section it is correct.

You are correct, I just removed it. Thanks!

How is possible one Designated port linked with an alternate/blocked port work with UDLD, once the alternate port doesn`t send frames? How are the UDLDs frames exchanged between these ports? Is there any implicit policy that permits only UDLD frames and block other else?

Remember that Alternate/Blocked ports do not send any BPDUs, but they do receive them and can process them. In this case if you get a unidirectional link failure as described in the lesson, the alternate port will stop receiving BPDUs, and will go into the forwarding state as a result.

FlexLinks is another method of dealing with L2 loops. You can find out more information about it at this lesson: 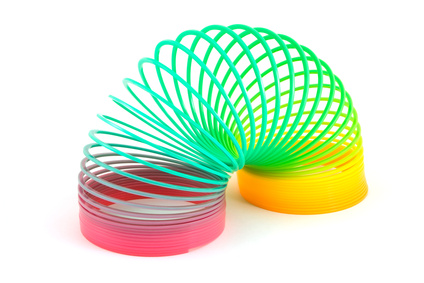 Flexlinks are an alternative to spanning-tree where we use "active" and "standby" interfaces.

Thanks for the great article. I keep finding conflicting information on UDLD Normal and Aggressive mode and I was hoping you or someone could give me a clear answer.

On this Cisco Community forum:

Hi all, I need some clarification on UDLD please.  I have always used UDLD aggressive mode and understand that with no issues.  What I am not clear on is exactly what UDLD does in normal mode.  According to the Cisco documentation, ...

Peter states that both UDLD operation modes will disable the link. Here is a quote from his post - “So the difference between the normal and aggressive modes relates to the difference in handling an implicit uni-directional link event. If an uni-directional link is detected explicitly, the port will always be err-disabled, regardless of the normal/aggressive mode.” He cites U.S. Patent 6765877 and after briefly skimming it, he appears to be correct.

Then on this Cisco Document:

I’m getting more and more confused reading about this topic and I’m hoping someone can clear the air for me.

This is an interesting point that you bring up and it has given me (and I hope other readers) an opportunity to dig deeper and appreciate the intricate details that engineers have gone into in order to develop and implement these features.

I’d like to point out that according to Peter’s explanation (and the patent), there are two methods of detecting a unidirectional link: explicitly and implicitly. Explicit detection will result in the disabling of the port regardless of the mode of operation. Although Cisco documentation does not explicitly state this (pun intended), it seems to indicate this in this document:

If the port does not see its own device/port ID in the incoming UDLD packets for a specific duration of time, the link is considered unidirectional.

This echo-algorithm allows detection of these issues:

Once the unidirectional link is detected by UDLD, the respective port is disabled and this message is printed on the console:

Port shutdown by UDLD remains disabled until it is manually reenabled, or until errdisable timeout expires (if configured).

All of the above is regardless of the mode of operation. This corresponds to the explicit method of detection.

In the following section of the same document, it describes implicit detection, which is where the mode of operation kicks in:

UDLD can operate in two modes: normal and aggressive.

In normal mode, if the link state of the port was determined to be bi-directional and the UDLD information times out, no action is taken by UDLD. The port state for UDLD is marked as undetermined. The port behaves according to its STP state.

The above statement only refers to a case where there is a timeout and UDLD info is not received. This describes the implicit detection, and this is where the mode of operation has meaning.

The documentation does not clearly state that the mode of operation plays no role when explicit detection is observed. However, in the document you shared above (Troubleshoot Uni-Directional Link Detection Errors on Nexus Switches), the examples stated correspond exactly with the patent.

Short of actually performing these tests in a lab, I believe that the Cisco documentation for both IOS and Nexus does agree with the patent, although I do believe that it could have been written more clearly.

Thank you for such a detailed and helpful reply! I agree and I’m just assuming the Cisco documentation is worded poorly and should state the method of detection when detecting a unidirectional link - implicit or explicit.

The main confusion for me came from several other resources stating that Normal mode would under no circumstances error disable the link.

However, now we both know that to be incorrect and it depends on whether UDLD implicitly or explicitly detects a unidirectional link.

Will Rene be updating the section to mention how implicit and explicit detection determines the action taken based on UDLD operating mode?

I think the main confusion is the fact that Cisco doesn’t make a clear distinction between explicit and implicit detection, and it doesn’t even use that terminology.

I’ll let Rene know so he can take a look and see if he can modify the content to more clearly describe explicit and implicit detection.

I saved this for now in my list of content to check/update. I’ll take a look and improve it.