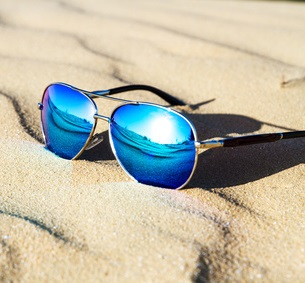 This lesson explains CEF polarization where the same path is used within the network for all flows.

Hi Rene,
Thanks for your very nice article.
Please clarify ""If we use different hashing algorithm then the flow will be considered based on different parameter but same flow will use the same link,Not possible any load balance using different hashing algorithm , right ??? and if we use “ip load-sharing per-packet” at interface level then all packet will push across all available link . we can influence Load Balance , right ??
So In summary…

What I mean by this is that for a single flow, the router always selects the same interface no matter the hash algorithm you use. The advantage of using a hash algorithm that uses more parameters is that you will have better load balancing since different flows will use different interfaces. For example, if you use a hashing algorithm that only includes source and destination IP address then it’s likely that the following flows will all get the same result and use the same outbound interface.

Here’s a quick example, let’s say we have these flows:

If we had two outgoing interfaces, it would be nice to see 4 flows on each interface so that we have some load sharing. However in reality, it’s likely that the flows get mapped like this:

In this case, interface 1 gets the most flows. By using a hashing algorithm with more parameters, the chance that each interface gets 50% of the flows increases. Still, this doesn’t consider how much traffic each flow has so it’s more like “flow” balancing than load balancing

Per packet load balancing does evenly share the load, even though the packets belong to the same flow yes.

how??? if the unique ID is same for all flows ?

also can you clarify what d you mean by flow in this article?

When the term “flow” is used, it is referring to traffic that has the same source and destination address. So in both diagrams in the lesson, there are two flows: one from H1 to H3 and a second from H2 to H3.

how??? if the unique ID is same for all flows ?

Now with the displayed examples containing two flows, the benefits of this are not immediately visible. Imagine you have 100 flows, or 1000 flows. The resulting algorithm will more appropriately distribute flows across multiple paths to more efficiently load balance traffic.

Thank you so much!!! its Clear now.

I’m a little confused by how polarisation is avoided.

I get that if you only use source and destination IP then all traffic between two hosts will take the same route, even if they are accessing different services (ports).

And I understand that if you include ports then the above problem is mitigated in that the traffic is will be spread more evenly amongst exit interfaces.

So, your statement below about the 6500’s makes sense to me because Default is the only one using a unique ID

The full, simple and full simple variations are prone to CEF polarization.

However, the statement before that has confused me

Only the original CEF variation is prone to CEF polarization, the other options avoid it by including other information besides the source/destination IP address.

Because according to the list - original, universal, tunnel, l4 port - universal is the only one using a unique ID and thus the only one avoiding polarisation.

I understand what you’re saying here, and if you take a look at only two hosts communicating, then yes you are correct. The use of a unique ID won’t solve this problem. For this particular example, all packets that arrive at R2 will have the same source and destination IPs so any hash calculation at R2 will result in the same exit interface for all packets.

However, the use of the unique ID is not intended to solve the problem when you have only two hosts. Imagine you have 100 hosts communicating. R1 will use its hashing algorithm to load balance routing so that 50 flows go to R2 and fifty flows go to R3. Now if we use the Original or Default variation of CEF, then R2 will receive 50 flows with 50 different source IP addresses but because it uses the same algorithm as R1, it will direct them all to the same interface.

However, if we use Universal, with a unique ID, then the algorithm used by R2 will be different than the one used by R1, and will thus be able to load balance those 50 flows across multiple interfaces. I think that resolves your other questions as well, however, if not, don’t hesitate to ask follow-up or clarification questions!

I think I worded my question incorrectly, but I also understood your point for a pair of hosts.

Only the original CEF variation is prone to CEF polarization, the other options avoid it by including other information besides the source/destination IP address.

… that has confused me because of the list (Universal, Original, Tunnel and L4) only Universal is listed as including a random ID. Does Tunnel and L4 use a unique ID that too? Is that what “including other information” in the above statement means?

Thanks for the help,

Doing a little more reading about the specific algorithms used for each CEF variation, I have found the following:

Thanks, that all makes sense.