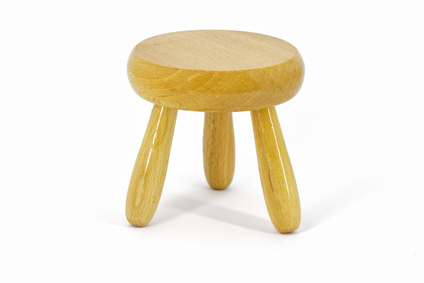 This lesson explains how to configure Dynamic NAT on a Cisco ASA Firewall with three interfaces (INSIDE, OUTSIDE and DMZ).

Do we need to nat from inside to dmz ?

Below is part of the config and yes it does require that the lan is natt’d to the DMZ_POOL.
You could also use no-natcontrol which exempts you from having to do nat across the asa’s interfaces.

NAT control was used on ASA versions before 8.3. Basically it meant that when you wanted to go from a high security level to a lower one (for example LAN to DMZ) that it had to be NAT translated.

With ASA 8.3 and higher, NAT control is disabled and unavailable. You don’t have to configure NAT if you want to access the DMZ from your LAN.

Good to Know thanks Rene

There is no need to configure an access-list ?

Only when you go from a low security level to a higher one, you’ll need an access-list:

Hi. I have a question. In the case of newer ASA version, ifname does not work per interface. In order to name interface, i have to create a VLAN and assign it to the interface. Also, NAT was depreciated in newer versions of ASA 9.1 Can you please give some lesson in it.

Which model are you using?

It’s still the same here. Same for the NAT commands.

If we dont create the access-list something like below:

I cant ping to them!

The timeout in your output is 3 hours. This timer will begin when the last connection has been removed. You can see the current connections with the show conn command. It can take a long time before idle TCP connections get cleaned up so it’s possible to configure the ASA to kill these after awhile.

That’s right, the ASA will block traffic from a lower to a higher security level.

If you want to permit it, you’ll need to add an inspect rule:

I have the situation quite like your example.
In your example, DMZ zone was assigned public IP, We can access from R1 to R3 (via NAT INSIDE_TO_DMZ) and R2 (via INSIDE_TO_OUTSIDE).
If DMZ zone was assigned private IP address, DMZ want to public (need public ip range from outside interface), we use static nat or port forwarding to point to real server by private IP and some access-list on ASA1 then OUTSIDE can access DMZ.
But How can INSIDE access to DMZ via public IP?

To give you an idea, here’s an example where I configure hairpinning for a server on the inside:

That’s right, I just fixed this. Thanks for letting me know!

With the above configuration, i can understand that the traffic is initiated on INSIDE interface that’s why it’s showing in the show-xlate output:

And now looking at port-forwarding:

The connection is initiated from outside trying to access the internal service on a server but still in Xlate shows:

Is this hard coded - whether or not the connection is initiated from outside will it always shows the same in port forwarding?
Please explain the inverse variation in the values between these two.

I understand that this might be confusing. It’s best to let the idea of “traffic is initiated” go

It doesn’t matter if the traffic was originated from outside > inside or inside > outside. If it matches this IP/port then we translate, that’s it.

Accidentally, I have to implement a DMZ configuration on an outdated and unmaintained ASA 5510 firewall (ASA version 8.0(3)6, ASDM version 6.0). After diving into the manual and some forum posts, I’ve learned that there was a major CLI syntax change with a the 8.3 firmware.

Unfortunately, I have to implement the following config on this old CLI version, where I have three interfaces:

Could you support with the appropriate 8.0 CLI syntax?

Any help would be very much appreciated…