Hello Boris,
the first thing I can think of is to enable the dhcp service using “service dhcp”.

In addition to what @fugazz mentioned, some other things that may cause a DHCP relay agent to fail include:

Thanks you very much.

Both explanations have been helpful. Thanks a lot.

Is there a specific reason why a router forwards the offer and acknowledgement messages from the server as a broadcast?

All of the communication that takes place between the DHCP relay and the DHCP host occur based on the regular DHCP process as described in this lesson: 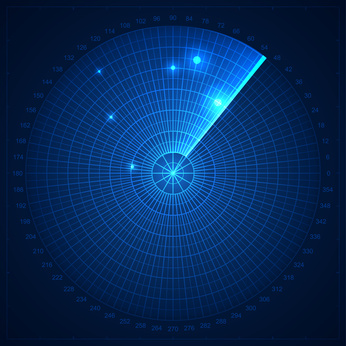 Based on this lesson, and on how DHCP functions, both the OFFER and the ACK messages of DHCP are broadcast using the 255.255.255.255 IP address. However, it is true that at least the MAC address of the requesting host is known by both the server and the relay agent after the initial DISCOVERY packet is sent. The reasons behind why both the OFFER and the ACK are broadcast rather than unicast is further explained in this post:

Hello Samit This is an excellent question and it shows that you’re thinking deeply about the subject. It is true that the DHCPOFFER when sent can technically be sent using a unicast MAC address since the MAC address of the host making the request, and thus the destination of the DHCPOFFER frame, is known. However, some operating systems and NIC drivers don’t always use this logic when operating DHCP. Some client implementations are unable to receive such unicast frames until the implementati…

I am practicing same scenario like you have explained but instead i have configured sub interface on the router connecting to the LAN but i do not see machines in LAN fetching the ip from the DHCP Server , i have configured helper ip under the 0.10 & for this testing I have switch now between Router & switch and port between switch & router is trunk on switch end and on router encapsulation enabled
Also i am able to reach 12.2 from the router where DHCP is defined

When troubleshooting, test the following:

If you need some additional information about the configuration of subinterfaces, take a look at the following lesson:

How to configure Router on a Stick | NetworkLessons.com

In this article you will learn how to configure a Router on a Stick on a Cisco router.

Thank You Laz i tested & its working

Hi Rene,
Suppose Host A,B & C connected with Router (R1) in 3 different interfaces. R1 is working as a Relay agent. R1 is connected with 3 different DHCP Servers (D1,D2&D3) to provide IP address to Host A,B &C. I mean A will get IP from D1, B will get from D2 & C will get from D3. I will configure 3 ip helper address in R1. Is this scenario feasible ? If yes then how R1 will map the broadcasts to helper addresses accordingly ?

May be configuring a single server with 3 different pools and using single ip-helper in R1, we can solve it. Or using VLAN, we can solve the problem. But my question is, is the said scenario feasible ? if yes then how ?
Thanks in advance.

I will configure 3 ip helper address in R1. Is this scenario feasible ?

Yes it is feasible because the IP helper address is configured on each interface. You would configure it like so:

So each host, which belongs to a different subnet, will send their DHCP request, and the interface of the router to which it is attached will forward that request to the appropriate DHCP server.

Now this is not a very scalable solution, as it would require a different physical device for each DHCP server (or at least a different VM if you go virtual). Ideally, your suggestion would be the best, to create a single DHCP server, use the same server as the IP helper address, and simply have 3 different pools. This would solve it because the DHCP request from Host A will include the IP address and subnet mask of the interface on which the helper address is configured, and this subnet will inform the DHCP server from which pool to offer addresses. Introducing VLANs would not make a difference in the DHCP scenario.

Hi, I’m trying to figure out an issue with a network I’ve been building. DHCP relay isn’t working.

The vlan which the helper address is enabled on is at remote site. I can see from the debug that the DHCP request is being forwarded as unicast message toward the DHCP server.

The interface which the unicast DHCP messages will reach the remote site through does not have DHCP snooping trust set on it.

This particular core switch is not under my control, and before I contact HQ and ask them I have this question-

Does DHCP snooping trust need to be enabled even on an interface that will be sending/receiving unicast (DHCP Relay) messages?

Thanks in advance.
Charles.

When a port on a switch is configured as untrusted, then in order for any DHCP packets to be received and processed by that port, they must go through a process called packet validation. This essentially means it examines to see if a packet should be dropped or not. According to this Cisco documentation, one of the validation criteria is the following:

If an untrusted port receives a DHCP packet that includes a relay agent IP address that is not 0.0.0.0, it will be dropped unless that packet includes option 82 information

Now the issue gets a bit more complicated due to that pesky DHCP option 82. Option 82 was originally created in order to provide the DHCP relay agent the ability to identify itself and the client that sent the original unmodified DHCP message. But because option 82 is not always understood by all devices, it is often disabled on the switches.

So to answer your question, you should either have option 82 functioning correctly or disable it on the switch, and ensure that the port is trusted.

Your original question sounds concise and simple, but unfortunately, the answer is somewhat complex. You can find more info on these topics at the following links:

Hello Manuel Rene describes what option 82 does in this post very well. As to why you should disable option 82, when DHCP snooping is enabled on a switch, option 82 is enabled by default. That is, any DHCP request packets that are sent from a host will enter the switch and will have option 82 information ADDED to the request before it is sent on to the DHCP server. Specifically, enabling DHCP snooping on the switch adds the giaddr value of 0.0.0.0 in the DHCP packet. However, the DHCP server…

Scenerio: As part of a tech refresh project at a large campus and due to several issues caused by (l)users plugging in home routers to the network and causing DHCP issues I am looking to enable DHCP snooping. During the tech refresh the access...

Yes, you are correct, thanks for pointing that out. I will let @ReneMolenaar know to make the change.

One quick query from my practical experience

In my Company , I have a SVI with DHCP relay Agent Configured. Adding to this, I have QIP Tool for IP Address Mgmt
For the sake of Understanding , I am giving some Dummy Subnet with Vlan:

Case 3: I have multiple DHCP Relay Address configured… Which Relay Agent address would be used first by the SVI to reach the DHCP Server or all Servers would be reached at the same time via broadcast?

Please explain all 3 cases. Thanks

In your scenario, the SVI VLAN 100 is the interface that is configured as the relay agent, correct? In other words, the SVI VLAN 100 is on the same broadcast domain as the DHCP clients sending out their requests. In such a case, the SVI VLAN 100 will also necessarily function as the default gateway of the specific subnet, and will thus be responsible for routing all packets destined outside of the local subnet.

In case 1, the DHCP client may be given an address such as 1.1.0.25/23 for example. This however is not on the same subnet as the default gateway SVI VLAN 100, at least from the point of view of the SVI. Therefore there will be connectivity issues when attempting to reach outside of the local subnet.

In case 2, you have a similar problem, but it may not be perceived. In this case, the client would get an IP address somewhere in the range of 1.1.1.0 to 1.1.1.127. This would give it communication with the default gateway without any problems. The problem will arise when the host wants to communicate with other hosts on the subnet with addresses like 1.1.1.135. In such a case, traffic would be sent to the default gateway, since from the point of view of the host, this is outside of its subnet. The default gateway would receive this and simply drop it since it perceives the destination as being on the same subnet.

In both cases 1 and 2, the operation will function, but there will be problems with connectivity.

For case 3, it is indeed possible to configure multiple IP helper addresses. According to Cisco, DHCPDISCOVER messages are sent to all the helper addresses configured on an interface. The client will obtain IP addressing information from whichever DHCP server responds first. It’s a similar situation to having two DHCP servers on the same subnet. It’s not ideal, as this can increase DHCP traffic on a network, but it is doable.