Hexadecimal to Decimal and Binary 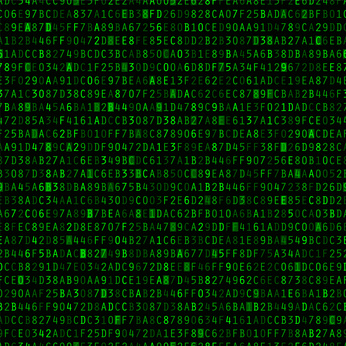 Hexadecimal to Decimal and Binary | NetworkLessons.com

This lesson explains how to calculate from decimal to binary and hexadecimal.

How to convert IPV6 to IPV4 address?

We can’t, there is no such thing

Thanks Mathijs, it has been fixed.

That is so true, especially for computers

Hi Rene , I don’t understand how you convert nibbles binary to decimal,

Chaps,
I’ve been writing out the place value systems for binary, decimal and hexadecimal and have spotted a pattern that I can’t explain.

All results are 1000 even though this is expressed in the three different number systems so are different values.

The pattern repeats no matter what the next power of is:

This is more of an observation that a question I suppose but if anyone can offer an explanation as to why this occurs then I’d appreciate it!

Just to clarify, I assume you mean the following:

This is a pattern that appears because of the fact that you are using the base value of each system (2 for binary, 10 for decimal, 16 for hex) in your calculation. This results in using the same symbols for all three numbers, which when multiplied results in the same symbols once again since the same process (multiplication) is applied in each case.

Wow! And the number 1 in binary, decimal and hexadecimal is always 1 too… hmmmmm Sounds so obvious when you type it out (but it definitely still blows my mind somewhat).

Thanks Laz - this is a great help.

I think you meant any number ^0 is always 1, right? Any number ^1 is simply itself. But it is quite interesting, this world of mathematics isn’t it!?!?!