How to configure OSPF Virtual Link

Hello Pradyumna Take a look at this diagram: [image] If R1 crashes, then R2 and R3 will be part of the backbone Area 0, but Area 0 will be discontinuous and will look like this: [image] Which is the discontiguous situation described in the lesson. Yes, this is the case. What you are describing is this scenario: [image] However, the virtual link is always created between the two ABRs in the intervening area. So the virtual link in the above cause would be between R1 and R2. I hope…

How the virtual link metric is being calculated ??.

According to above diagram, Between which ABR we have to configure the Virtual link ??

The purpose of the virtual link is not to transmit user traffic. It is only used on the control plane, which means it is used to allow for the exchange of OSPF messages between area 0 and other OSPF areas that are not directly connected to area 0.

Since the virtual link doesn’t carry user traffic, there is no such concept as “metric over the virtual link”. The metric for each particular prefix is still based on the cost to get there via the path that OSPF chooses.

Thank you for your lessons and examples. I have an inquiry but just so you know I used a different setup and topology than you did. Regardless it is still the same concept. Anyway, I had some issues doing it my way. Then I finally found out what was causing my issue. It appears that these commands prevented me from getting routes. And I am wondering why?

The first command is an interface configuration mode command, and is used only for networks that are indeed point-to-point networks. This is used on serial links or on topologies that use non-broadcast technologies such as Frame-Relay. This allows OSPF to operate correctly in an environment where multicast is not available. More about how this command should be enabled can be found in this lesson: 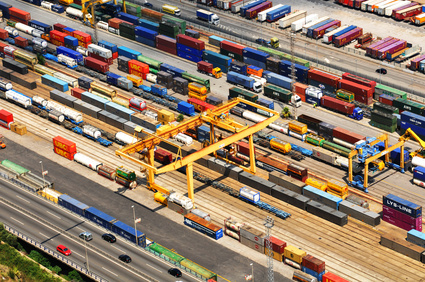 This lesson explains the OSPF point-to-point network type on a frame-relay network. This is one of the many network types OSPF supports.

This command should not be used in an Ethernet environment, as it could affect the neighbor relationships as well as the sharing of LSAs.

The second command is also an interface configuration mode command and simply enables OSPF on the interface, defining an OSPF process ID as well as an area. Now, this command is not incorrect, but if you specify an incorrect process ID or area, then the OSPF topology may indeed fail. If this command caused the virtual link to fail, then it could be that the process ID or the area ID was incorrect.

If you need further clarification, let us know!

I have a couple of questions:

And if that is the case, does R2 also propagate Type-3 LSAs from other areas into both Area 1 and 2? i.e. does it propagate Area 1 LSAs into Area 2 and vice-versa?

So to answer your second question, it does not propagate Type3 LSAs from Area 1 to Area 2 and visa versa. It only propagates LSAs between the backbone area and a non-backbone area.

It sounds inefficient but that is by definition how OSPF operates. This is also why a virtual link should only be deployed as a temporary solution and not as part of a permanent architecture of a production network.

Yes, it has. Thanks very much.