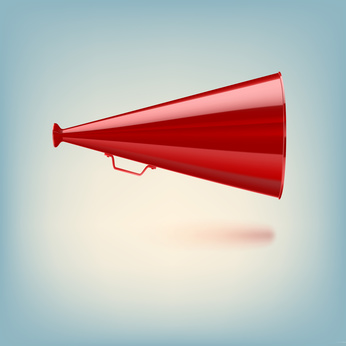 If you have to tell just theoretically- what exactly is the role of multicast-router in first example. what would that be ? because in our earlier examples video server was behind router but in our first example its behind the switch. my concept will get clear with this.

The role of the multicast router is that it “polls” (general queries) if there are any receivers still interested in receiving multicast traffic for certain groups. Receivers will always respond to this.

Hi Rene; this is nice. Will setup lab for this. Meanwhile, Quick question: unless specifically configured, with redundant routers, multicasting querier highest or lowest IP? Can you confirm?

The multicast querier is the router with the lowest IP address. This can be confusing sometimes as the PIM designated router is the one with the HIGHEST IP address.

I have one question related to a scenario similar to the topology shown early in this article with the multicast router.

How does SW1 know to forward the multicast traffic out Fa0/1 to R1 in this case? What configuation is required?

Is the multicast traffic inherently forwarded to the multicat router/querier?

Every article I can find either discusses how IGMP is handled in a L2 broadcast domain, or demonstrates how PIM joins enable multicast traffic to flow from the FHR. I haven’t been able to find any good explanation concerning the behavior when you combine PIM on downstream routers, and one or more L2 switches between the multicast source and the first hop router.

Thank you. That was generally what I was slowly finding.

Either with a dumb switch and/or no IGMP snooping configured the multicast traffic should be flooded out all ports.

With appropriate ASICS and IGMP snooping the mrouter port should be learned and multicast traffic flooded toward the mrouter as well as any devices that send an IGMP join for the stream.

Hi Rene, Please change the below

And let’s verify that both routers have learned the multicast router through its general queries:

And let’s verify that both switches have learned the multicast router through its general queries:

Thanks Sean I just changed this.

Let’s say I have 4 VLANs (but IGMP is not needed on VLAN 300 and 400) and I want to use a switch for IGMP querier duties as pfSense 2.3.2 does not support IGMP Proxy. The bug has not been fixed.

Hi, if etherchannel is used to trunk the 2 switches, does all the multicast traffic “flood” the trunk when the IGMP querier is enabled - basically the switch automatically makes the trunk an mrouter port and forwards all multicast traffic.

This is what I’ve been told at least. We are trying to do very high bandwidth, high quality video streams (a kind of IPTV config), and I’m told that the 80gpbs trunk link is being saturated by the many (75 channels) of 8Gbps (4k uncompressed) video streams we have on the network.

This is Layer 2 only, we don’t have Routing licenses to enable PIM-SM.

We are not Cisco experts, and this is happening at a customer site.

Your traffic should only be flooded if your switches don’t have a “router port” for multicast in your topology. This might depend on your switch model / IOS version though. Most switches will drop membership reports and flood your multicast traffic.

Adding snooping querier to your interfaces adds a “router port” to the topology so it solves the problem of flooding, not causing it.

Do you have multiple VLANs? Is it enabled on each VLAN?

There is no need to enable PIM on any interfaces in your case, you only need this if you want to route multicast traffic between subnets. IGMP snooping querier is enough in a L2 topology.

For IGMP snooping without a router, it states that “H2 will not receive anything. SW2 will receive the IGMP report from H2 but doesn’t know a router port, so it doesn’t forward the IGMP report towards SW1.” But in the paragraph above it states “switches are flooding all multicast traffic now, treating it like broadcast traffic.” If it’s flooding all ports, then it would seem to me that SW2 would receive the traffic and then in turn H2 would. Please explain why it doesn’t quite work that way. Thank you.

It depends on the switch / IOS that you use. In my case, I used 3560s and those drop the IGMP reports and just flood multicast traffic so in that case, H2 does receive the traffic.

Other switches might accept the IGMP report and not broadcast multicast traffic when they don’t have a router port. In that case, H2 will never receive anything since SW2 doesn’t know where the router port is…it can’t forward the IGMP report to SW1.

Hi,
I have a question using Multicast without a Router. The topology with the ip addresses is attached.
Some questions:
Is this Setup Working? (due to different Subnet)
I assume Yes , because of IGMP snooping, SW2 and SW3 knows where to forward the Multicast traffic.
Is the main reason für a multicast router to have a querier in the network ?
Thanks a lot in advance

Rene has a lesson dedicated to this very question. You can find it here.

However, to provide a quick answer to your questions:

Is this Setup Working? (due to different Subnet)

Yes it should work. In Rene’s lesson, he provides to solutions to making multicast work without a router. One is to make one switch a querier. The other is to configure PIM on the SVI interface of one of the switches. Take a look at the lesson for more details.

Is the main reason für a multicast router to have a querier in the network ?

Essentially, yes, this is one of the fundamental functions of a multicast router.

Hello Laz,
thanks for your reply and your answers. I already studied your mentioned lesson before my post. Main difference between the lessons architecture and mine was, that I had two separate Subnet, whereas in the lesson all equipments were located in the same subnet.