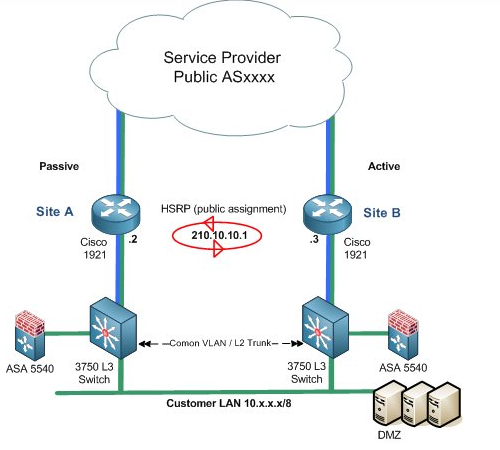 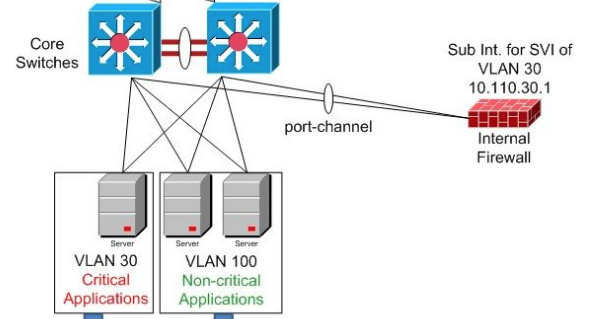 I’m not quite sure what you are asking. MD5, SHA1, and SHA256 are encryption algorithms used in a variety of ASA features including VPNs, digital certificates, and the NTP protocol, to name a few. What in particular were you looking for?

Let us know so that we can help you further.

I have missed out your email. These are list of Indicators of Compromise (IOC) as attached. Have to scan in our network particular in firewall and DNS servers .
If any hit found, need to block it.

After doing some research, I have found that the Cisco ASA supports such IoC indicators when coupled with FirePOWER. You can take a look at this Cisco documentation that specifies more about how to configure it for an ASA.

This Cisco blog also talks about how it can be implemented on both network and endpoint devices:


However, it seems that without FirePOWER, implementing these IoC indicators on an ASA is not possible.

I hope this gives you some more information about what you need. (Also, it seems that your zip file attachment is empty). If you need more information, please clarify your question so that we can respond to them specifically.

Dear Laz,
Our Asdm version dont have this Firepower module. Attached asdm and asa version for your reference.
Kindly advice is there upgrade is required to ASDM to get this firepower module.

There are several ways in which FirePOWER can be incorporated into the use of an ASA device. This can be done either using the Firepower Management Center (FMC), which is a standalone software that manages multiple FirePOWER-enabled ASAs. In this scenario, ASDM is not used at all, but is replaced by the FMC. More info about this type of implementation can be found here:

Alternatively, you can enable an ASA with FirePOWER and manage it using the ASDM software. More about how this can be done can be found in the following Cisco documentation:

Use ASDM to Manage a FirePOWER Module on an ASA

Thank you for your help provided.
Good day. Currently 10 physical interface have added in the FW. One of the customer have needs one more network have to add in the firewall. When i want to add interface it look like there is no hardware port is available. Does the model can support to create one more hardware port ? If Yes means how to make enable the hardware port. 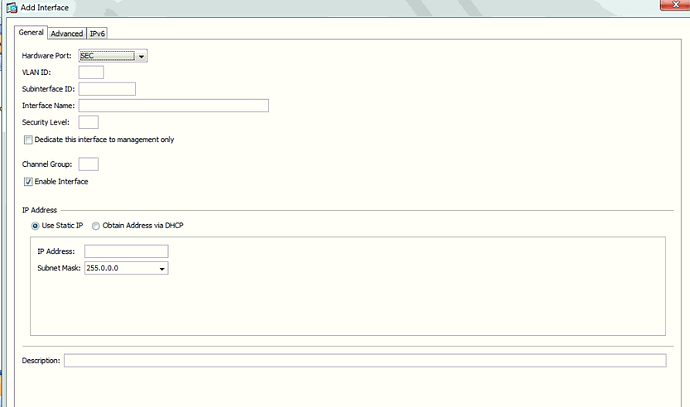 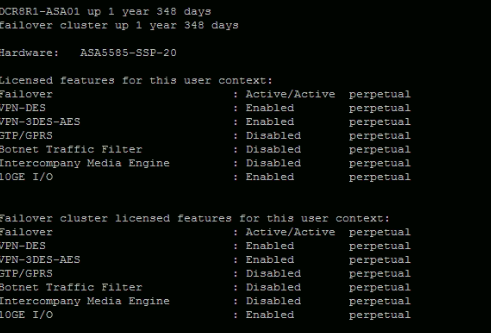 Alternatively, if you want to provide them with multiple subnets that actually terminate on the firewall, you can create subinterfaces. However, this will cause the firewall to act as a router for traffic travelling between subnets of that particular customer, something that will take up more CPU and memory resources of your firewall.

For more information about subinterfaces on an ASA firewall, take a look at this lesson:

This lesson explains how to configure Trunking, VLANs and sub-interfaces on your Cisco ASA Firewall.

Have two core switch configured with HSRB . , User switch hv connected to the Nexos 5k switches and then it is connected with core switch where fw and router r connected. Customer network connected to the end switch. One segment server is connected in the firewall . Instead adding the sub interface , I have to add another subnet for server to the core switch ? Any idea how to make the configuration and connection as well?

And firewall cant see the physical interface in CLI or GUI. And physically noticed TenGig0/8 . 10G port is used for few customers as trunk which is connected in Core switch which is also Trunk port 10G.

Another 10g connection have 3 more networks TenGi0/9 -
One of the interface named as SEC . and VLAN is 282
6 networks configured as below with one 10g port.

If they previously configured as Sub interface how to verify it ?
Model is ASA5585-SSP-20

How to add additional one sub interface ?

It would be very helpful if you could include a diagram with your explanation as it is difficult to follow and understand your topology. However, concerning this question:

If they previously configured as Sub interface how to verify it ?

If you want to find out more about how to configure, or how to understand a configuration of subinterfaces on the ASA, take a look at the following lesson:

This lesson explains how to configure Trunking, VLANs and sub-interfaces on your Cisco ASA Firewall.

I await your clarifications to be able to answer the rest of your questions.

I have to know how to add additional sub inter face for another segments on context based asa 5585 -SSP-20 ?
if cant how to connect new segments in core switch NEXUS 7K ? 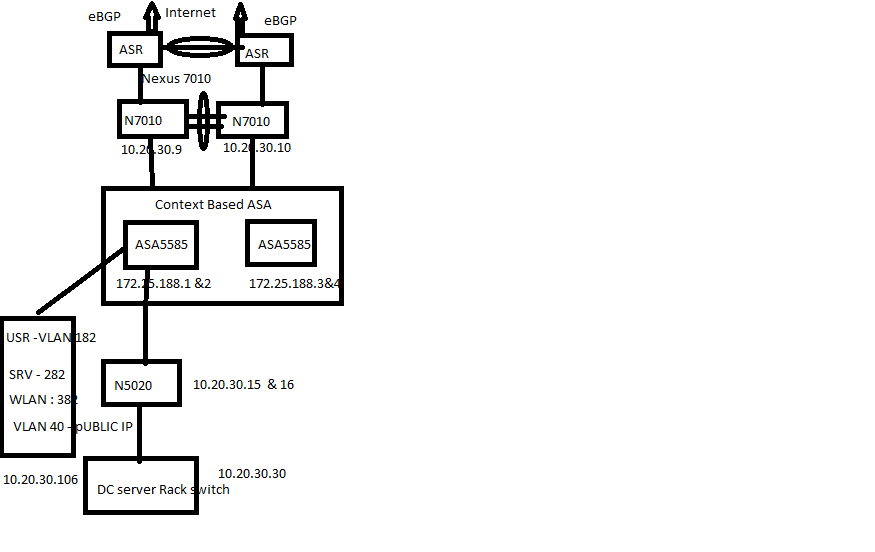