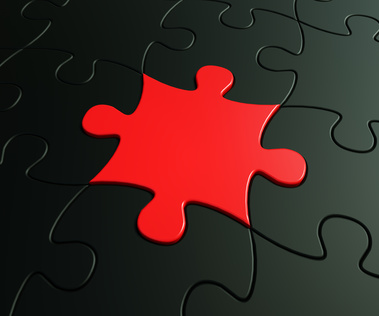 This lesson explains the basics of the IS-IS routing protocol and its areas, level 1,2,1-2 routers, LSPs (Link State Packets), metrics and more.

Great stuff to read.
Can you please bit more elaborate CSNP and PSNP with examples its good if you capture it in Wireshare as well.

Think about the CSNP as a packet that contains all of the LSPs from the current database. If this packet is sent to another router, the recipient will have a complete list of LSPs, in other words, it will have the sending router’s current view of the network. These packets are similar to OSPF database description packets.

The PSNP is a partial list of LSPs. This is sent as a response to a specific request for specific information (for specific prefixes). This can be used to request an LSP (or LSPs) and also to acknowledge the recipt of an LSP.

@ReneMolenaar will take your request to add more information about this subject into consideration. Thanks for the feedback!

CLNS is the OSI based service that provides connectionless network services, that is, connectivity between nodes. It essentially provides capabilities in an OSI network environment similar to those provided by IP and UDP together. UDP is mentioned here and not TCP because CLNS is strictly a best-effort service. CLNP is the actual protocol that is used to implement it.

ISO (the governing body that defines these standards) makes a distiction between the service offered to higher layers (CLNS) and the protocol used to implement it (CLNP). There is no equivalent structure in the TCP/IP world.

Thanks for this informative feedback.
Intermediate system ( Level 1 or Level 2 ) generate only one LSP per level and that LSP contain all prefixes that ISIS is originating.
-If one LSP is carrying all prefixes,how CSNP comes into play.
-Is PSNP behaviour is same for Broadcast and Point to Point network types.
Thanks

You can see the CSNP which carries the LSP with its entries.

The PSNP is the same I believe for p2p and broadcast. One of the differences with IS-IS and p2p is that packets are sent with unicast and CSNPs are only sent once, after establishing the neighbor adjacency. On broadcast networks, CSNPs are sent periodically.

Hi Rene,
Good day to you …
Is MPLS works upon on IS-IS protocol ?? Thx

Yes, it is possible to implement and MPLS network and run the IS-IS routing protocol. Take a look at this Cisco documentation for more details.

What is the advantage/Disadvantage of IS-IS over OSPF or vice versa.Why we will use IS-IS overs OSPF or OSPF over IS-IS . Any specific reason on it . Need your valuable explanation regarding .Thx

It would take quite some time to create a list with all (dis)advantages of running OSPF vs IS-IS. It’s kind of like comparing two supercars

One advantage of IS-IS is that it runs directly on L2 and uses a TLV. Adapting IS-IS to route IPv6 information was a matter of adding a new TLV, that’s it. OSPF had to be rewritten, there are a few changes between OSPFv2 and OSPFv3. Some people also think IS-IS is more secure since it doesn’t run on IP.

Some other (minor) differences:

With 1 byte we can have 255 as maximum decimal number but I noticed in NETs format we could have 99 as maximum number ???

Which exact field are you talking about? The NET (Network Entity Title) can be 8-20 bytes?

Thanks Rene for answer,

The AFI or NSEL must be 1 byte in binary and it’s represented by two decimal digit in NETs format, and we can have 255 as maximum decimal number from 1 byte, and with two decimal digit we can have 99 as maximum number, so my question is why it’s represented by two digit not three so we can reach maximum number with 1 byte (255) ??

@hussien.samer Ah yes now I see what you are getting at…

It’s probably a design choice. Maybe the reserved a byte in case they wanted to go above the two decimal limit. I searched through some RFCs if I could find anything that explains it but there isn’t.

Thanks for answer Sir.

Sometimes I heard that IS-IS is better/bore scalable than OSPF. I want to know why IS-IS is good ?

Is there is any specific reason ?

One Question "What are ISO address space"

IS-IS is quite similar to OSPF in that they both use the Dijkstra SPF algorithm, both are link state routing protocols, they prevent routing loops and converge quickly. However, there are some differences where IS-IS does come out on top. These include:

As for your other question:

One Question “What are ISO address space”

For a router to support IS-IS, you must configure an ISO Network Entity Title (NET) address on one of the router’s interfaces. Because IS-IS functions on the Data Link layer, it requires an addressing scheme in addition to the MAC addresses used at layer two. For this reason it adds an IS-IS header to all its frames with the associated configured NET address. The NET address has the following format:

A Net address is variable in length anywhere from 8 to 20 bytes.

In this lesson under “Areas and Router Roles” you said “There is no backbone area, the backbone is formed by a string of routers.” then you said “Level 2 system: this is a backbone router”. I find that both statements contradicting each other.

According to TCP/IP Vol I 2nd ed p517 “The IS-IS “backbone area” is a Level 2 area” while non-backbone areas are Level 1. So I am assuming this is just a terminology difference between OSPF and IS-IS. Level 2 area is a backbone area and functions like an OSPF backbone area but we just don’t call it bacbkone hence we say there is no backbone area in IS-IS?

Now the terminology used in the quote you stated could have been expressed differently so as not to be confused with OSPF features and operations.

So yes, there is a backbone but we just don’t call it a backbone area as it is called in OSPF.