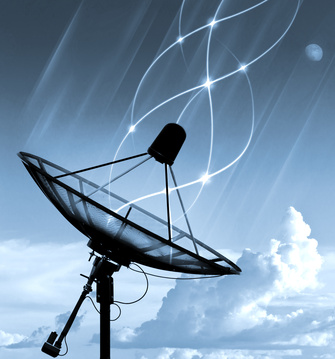 This article covers the basics of 802.11 Wireless networks and explains what you need to know for Cisco CCNA R&S.

very much thanks to Rene

Checking in to see if there’s addition Cisco wireless course material I missed somewhere on your site?

Hello Rene in this lession you have mentioned we can run wireless packet sniffer to detect SSID incase of SSID broadcasting is disable, bot how without connecting to any nework, it will not show anything, will wireshark work help to capture SSID wich is not broadcasting.

When performing packet sniffing on a wireless network, there are several options. The first as you mentioned is to actually connect to the wireless network and simply use Wireshark as you would with a wired connection. Where wired connections take advantage of Winpcap libraries (for windows computers) wireshark uses what is known as Airpcap to support the capturing of wireless packets.

But you can also run wirehshark in what is known as monitor mode, which allows you to listen in to packets being transmitted by both clients and access points without actually needing to successfully connect to a network. This is one of the major security disadvantages of wireless networks, that everyone can “hear” everyone else if they are within range. Fear not however, with sufficient wireless security methods, this disadvantage is indeed mitigated. You may be able to capture all packets within range, but you won’t be able to “see” the contents of those messages if security measures have indeed been taken correctly.

In monitor mode you will be able to to capture management packets that contain the SSID even if the AP has been configured not to broadcast that information.

Keep in mind however that a lot of this is very platform/network adaptor/driver dependant, so you may get different results with different combinations of these.

In any case, you can view details of how to capture packets on wireless networks using Wireshark at this Wireshark Link.

Thanks for good explanation.
I have two questions.
First, why does 2.4 GHz band have only 14 channels?
Isn’t it possible to make the range of each channel smaller than 22 MHz and to create more than 14 channels?

Second, why are the data rate of 802.11a and 802.11g the same, even though they use different frequencies?
Can’t we transfer faster when we use higher frequency?

The reason for the number of channels is simply the definition of the standard itself, the available range of frequencies in the specific band, and the width of each individual channel. When it was conceived, 11, 13, or 14 channels (depending on where in the world you are) of which only 3 are non-overlapping, was considered enough for the needs of the day. For this reason, the specific frequencies were defined, and the specific width of each channel was defined.

Isn’t it possible to make the range of each channel smaller than 22 MHz and to create more than 14 channels?

Technically, it is possible yes, but in order to do so, you must change the standard. The standard however has been set, and all manufacturers comply with that standard. If you create smaller channels, both end devices and access points must support this. There are no plans to change this standard at the present time.

It is true that higher frequencies are capable of carrying higher data rates, but again, the frequency is not the only characteristic that affects bandwidth. The methodology used to place data on the carrier wave is also involved in this. Each standard is designed to provide specific capabilities at specific frequencies.

The main purpose of 802.11a was to provide a wireless service in a “less crowded” frequency range of 5GHz. It was the first to use Orthogonal Frequency Division Multiplexing (OFDM) which gave it the capabilities of up to 54 Mbps. Several years later, OFDM was used to define the 802.11g standard which yields the same speed. So you see in this case, the use of OFDM was the defining factor as far as the available speeds go.

Physically speaking, higher frequencies can carry higher data rates, but this is only true if the methodologies with which data is placed on the carrier waves takes advantage of this physical capability.

Thank you Laz for your kind explanation! It’s very helpful!

How to make signal adjustment based on the SSID in Access Point to reduce the signal leakage ?
Is there are some settings that can put in to prevent clients with weak signal strength from connecting to AP?
Will appreciate your help.

Signal strength can only be set per access point (more specifically per radio) and not per SSID. Because the same radio transmits multiple SSIDs, it’s not possible for that radio to send different SSIDs at different power levels. There are several best practices that you can do to ensure that clients at the edge of your access point’s range don’t connect with a weak connection.

Please post lecture on WLAN RF Fundamentals. You are doing good job and i have gone through Routing and gained a lot.

We’re glad that you have found the lessons and their content useful! Also thanks for the suggested topic. You can go to the Member Ideas page and post your suggestion there. You may find that other users have also suggested something similar, so you’ll be able to add your voice to the topics already found there too.

WPA3 is now available, previous versions are not safe anymore.

You are correct that WPA3 is now available, and all Wi-Fi certified devices that have been produced since July 1, 2020 must be WPA3 capable. WPA3 is more secure than WPA2 of course However, WPA2 is still alive and well and is still used by devices that were produced before this date. Just make sure that your device is updated with the most recent firmware from the vendor.

I’m currently reading cisco wireless book.
And I am at the topics explaining about 802.11ac features.
The books says this about beamforming. What does sound a channel mean?

The AP then sends an NDP frame as a way to “sound” a channel.

Channel sounding is a technique used in wireless networks that evaluates the radio environment for wireless communication. This is often used with MIMO systems that apply beamforming techniques. 802.11ac makes extensive use of MIMO and beamforming, and thus it is useful in this context.

The AP will send a Null Data Packet (NDP) on a particular channel (i.e. frequency) which is just a signal without any information, and it then listens to see how the signal is bounced back. Based on what it detects, it will adjust the beamforming and MIMO parameters to achieve the best transmission characteristics. This process is called channel sounding.