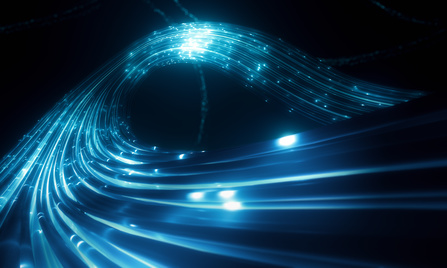 The OSPF sham link is required in an MPLS VPN PE CE OSPF scenario with a backdoor link between the CE routers that you only want to use as backup.

Hi Rene,
So, the sham link is required only for MPLS VPN scenario ?? Thx

That’s correct. MPLS VPN PE-CE with OSPF as the routing protocol between PE/CE.

Redistributed routes in OSPF on a CE router is no problem. You only need a sham link when you have a backdoor link in between your CE routers.

By default, OSPF external routes don’t get redistributed into BGP but you can change that. Here’s a quick example:

On the PE1 router:

And it will show up on the other end:

It seems that you posted this in a private message. I will quote it here, and respond to it so that all of our readers can benefit.

Q1 A sham link is an OSPF concept and cannot be implemented using other routing protocols.

Q2 A sham link can only be created when OSPF is the IGP in the MPLS backbone. If you are running EIGRP between the CE and PE, then a sham link, although it can be created, is of no benefit, because the redistribution between OSPF and EIGRP takes place in the PE, and there, you can adjust the metric of the EIGRP routes to achieve what you would with the sham link. Remember, the sham link is there because OSPF will always prefer an intra-area route (O) over an inter area route (O IA). The sham link simply changes the categorization of the O IA route to an O route so that it can be preferred. EIGRP doesn’t have such a concept, so it is not necessary.

Q3 The “VPN Backbone” is simply the MPLS network composed of the PE and P routers. The sham link isn’t the backbone, it is simply a mechanism that changes the categorization of the actual OSPF route. It’s not a tunnel of any sort, nor a backbone. The backbone is the MPLS network itself.

Thanks for clarifying same but one more question is that, How many links are there for Customer to Customer reachabillity ?, I think there are two one is MPLS link and other one is OSPF link ( Through which customers connected directly ) .

Whenever you require a sham link for OSPF, this is due to the fact that a customer has obtained a backup link between the customer sites, most often with the goal of providing redundancy. This means that there will be two possible paths that data can take between two particular customer sites, one via the MPLS network, and the other via the backup link.

Usually, an MPLS network will be the primary method of interconnecting sites, due to the fact that it is typically a high performance network, and because customers will often have more than two sites. But some customers may want to use MPLS as backup. So the sham link is used only when you want the MPLS network to be the primary link that OSPF routing chooses.

You are correct, there are indeed two links between customer sites in a topology such as the one that is described in this lesson, one via MPLS and one via the backup link.

Can we change the metric of the sham link?

An example of the command used to implement the sham link is the following:

The parameter cost 10 configures the metric of the sham link. If this is not configured, then the default cost is set to 1, which means it will most likely be chosen as the best path over alternate routes, which is what is desired.