I’ve played around with the RP settings and I can ping the RP from all SVI’s on Switch 1 and Switch2. I don’t know where to have the DR since I’m sourcing traffic from Switch 1 and Switch 2.
The firmware doesn’t allow me to do static mroutes or pim sparse-dense. Only dense or sparse.
Is this design even possible without bidir. I feel like I need to set the RP between the two switches since I have Senders on both switches. Any high level advice would be appreciated. Do I need to enable multiple RP’s? The only problem with that is I have an ESXi server on each switch sending the same multicast group address. Should I remove all the SVI’s on one of the switches ? I need to route multicast to different VLAN’s.

I believe that the confusion here comes from the fact that you are using HSRP. So the SVIs on the switches are not acting simply to route traffic, but they are also acting as backup to each other.

When you have an HSRP arrangement, it would be helpful to take a look at HSRP-aware PIM. As this Cisco documentation describes:

Protocol Independent Multicast (PIM) has no inherent redundancy capabilities and its operation is completely independent of Hot Standby Router Protocol (HSRP) group states. As a result, IP multicast traffic is forwarded not necessarily by the same device as is elected by HSRP. The HSRP Aware PIM feature provides consistent IP multicast forwarding in a redundant network with virtual routing groups enabled.

Ideally, we want the multicast traffic to be forwarded by the HSRP active router for any particular VLAN. This allows PIM to leverage HSRP redundancy and avoid duplicate traffic. In this way, the DR is the same as the active router.

As for the RP, it is considered best practice to use Anycast RP, which allows for redundant RPs, which you can configure as the addresses of the SVIs themselves, rather than the virtual IP. Take a look at this Cisco Community thread for more info on this. For more info on Anycast RP configurations, take a look at the following lesson. 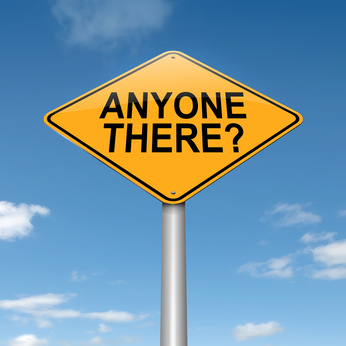 This lesson explains how to configure Anycast RP Multicast on Cisco IOS Routers.

Now having said all of this, you haven’t told us what the behavior of your topology is. Is multicast working with your setup? What malfunctions or deficiencies do you see? Let us know how you get along!

Thanks for the reply @lagapides.

I got off the phone with Cisco TAC for for 13 hours today. They are puzzled why this isn’t working. We’ve changed having SVI’s only on one swtich, enable PIM on only one switch. I tried the Anycast RP setup with no luck. The issue is I can Send from from Switch 1 (VLAN 100) and Receive on Switch 2 (VLAN 200) but not the other way around unless I add a static igmp join to attract traffic on the WAN side of the Senders router. Example: If I’m trying to receive on Switch 2 on VLAN 200 I need to add a “static igmp join” on VLAN 200 on Switch 1. However, now everyone in the VLAN recives the group address which is unwanted. The mroute shows a *,G and a source G. The show ip igmp group address shows a request from the interface. Works fine on the same switch. I’ll keep you posted on our progress tomorrow.

@lagapides
I’ve been able to replicate the issue and showed Cisco my findings.
A restart of the VLAN to route traffic to the same switch but different VLAN’s. (issue 1)
Restarting both ports on each switch that participate in the port channel. Etherchannel and LACP have the same issue. (issue 2)

Step1: Find the source device that is finding multicast.
Step 2: What VLAN is it in
Step 3: Console into the switch where the multicast is sourcing.

Multicast restored until next reboot.
Waiting on Cisco to release an update to 17.09.01 Cupertino