Thank you Bell, I just fixed this.

Just a correction on this post. But with BSR, the RP priority, lowest is preferred. I labbed it up, got confused with what I was seeing and then confirmed it that lowest priority is preferred and wins the RP election.

I just made some changes, you are right this is confusing. In RFC5059 they state it like this:

BSR Priority
Contains the BSR priority value of the included BSR. This field
is considered as a high-order byte when comparing BSR addresses.
BSRs should by default set this field to 64. Note that for
historical reasons, the highest BSR priority is 255 (the higher
the better), whereas the highest RP Priority (see below) is 0
(the lower the better).

Hello every one
Q1: How can apply the PIM sparse mode with BSR in this Scenario 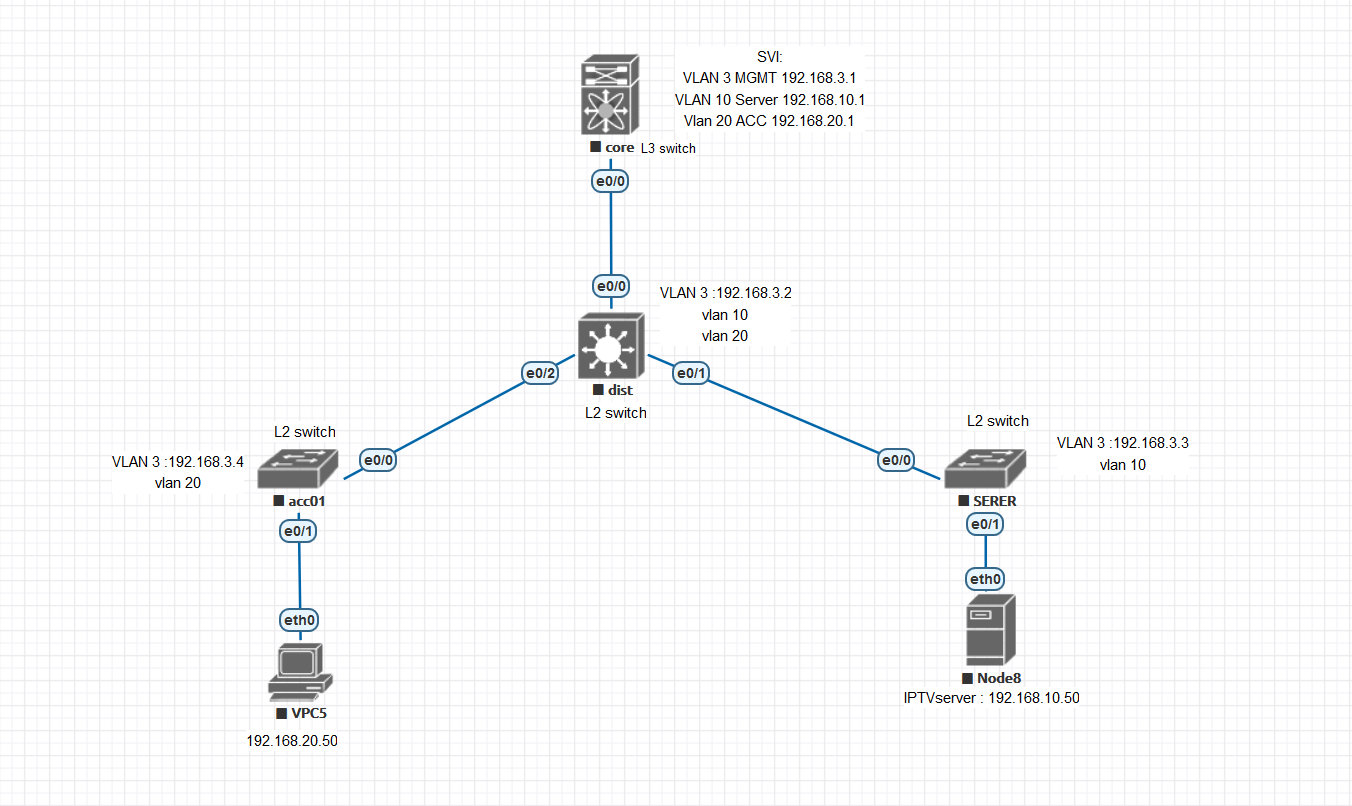 I suggest you take a look at this lesson and see an example how BSR with PIM sparse mode is configured on a topology.

BSR (Bootstrap) is a standard and allows us to dynamically learn the RP address in our multicast network. It is similar to Cisco's AutoRP.

Once you review, let us know if you have more specific questions.

As for your section question, the multicast IP addresses that are used in each case do depend on the implementation of the service that is being provided. Some vendors use specific addresses within the range, others may use random addresses. But there are some multicast addresses that are reserved and should never be used.

I read it and I understand it also, but how I joined tv receiver to the multicast group because in the lesson was used router as host

Any host (either multicast source or receiver) that is connected to a network that is required to function using multicast should simply be connected to any network of any of the multicast routers found within the topology. It is true that in the lessons, Rene often uses routers as hosts, but for your purposes, you can simply replace the router with your host in your topology.

d labs) I usually do this.

can we configure more than one mapping agent Router in Auto-RP in same network for redundancy and high availability reasons ? and if yes how the election and selection for the mapping agent will be? is it same as BSR idea?

You can configure redundancy using Auto-RP. You simply have to have multiple candidate RPs and multiple mapping agents. At any given time, only one RP address is active, either per multicast group to share the load, or for all groups. If the active RP fails, it may take up to three minutes for the other candidate RP to take over. But don’t forget to include multiple mapping agents, because even if you have more than one candidate, if the mapping agent fails, it is a single point of failure and you don’t achieve the redundancy you desire.

The same logic can be applied to BSR, with its candidate BSRs and candidate RPs.