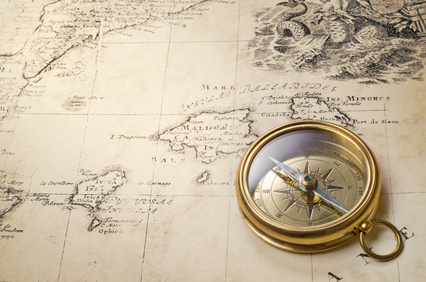 This article shows you the configuration for OSPF over Frame-Relay using the Non-Broadcast Network Type.

Thank you Shahin, glad to hear you enjoy my tutorials!

Great job with your website, really appreciate the time and effort you put into providing this very helpful content!!

Great explanations!! Im confused about a couple things. In this example you set "ip ospf network non-broadcast " so does this mean, that the neighbors will not automatically discover each other, and why would you do this. So if you set "ip ospf network broadcast " would this mean that it would send a psuedo broadcast to be able to discover the neighbor automatically so you dont have to staticaly configure them?

thank you for all your help

good job, but i have a question
i have 2 routers connected via serail interface in my area 0 Network , i need to configure these 2 routers as nonbrocast network, how can i do that.

If it’s a serial link running PPP or HDLC it’s best to use the point-to-point network type. Use “ip ospf network point-to-point” on the serial interfaces.

Good question, it sounds logical to configure the neighbor command on the spoke routers as well but it’s not required.

I haven’t debugged this so it might be a good exercise (try “debug ip ospf adj”) to see this in action.

Ok, I try to check, I add comment if I find an answer.
A.

This appears to still leave an issue where spoke1 and spoke2 are not be able to communicate with each other. For example, I added a loopback to spoke1 and the routing table on spoke2 was pointing to spoke1 as the next hop, which is unreachable. I was able to make it work one of two ways:

I’m learning this for my next certification test, so I want to make sure I fully understand it. There’s probably a way to get the config you have above working, but I’m missing something.

AHA! I figured it out. You configured all the routers with “ip ospf network non-broadcast”. Which I thought was odd, because that’s the default. But instead, if you configure the routers with “ip ospf network point-to-multipoint non-broadcast” then it all works! I see how OFPS automatically adds a route for each spoke to the other spokes so they can get to each other through the hub. That’s pretty cool.

If we are using the non-broadcast mode, no DR/BDR will be elect, why should we use the command ip ospf priority 0 on the spoke routers?

I already find the answer: (For a multi-access network (like Ethernet and Frame-relay), a DR (Designated Router) and a BDR (Backup Designated Router) are elected. All routers on that segment form adjacency with the DR and BDR only. Except on a point to point.)
Thank you.

When you use non-broadcast, there will be a DR/BDR election so you need to set the priority to 0 on the spoke routers.

You can trick ospf in multi access network by “ip ospf network broadcast”.

Hello Rene,
thanks for these amazing tutorials, i have one question
when I configured 3 routers step by step like you and the result were like the below :
except using S 0/0 I used S 1/0 on all routers

what is the reason of Neighbor ID = N/A ? and the state appear ATTEMPT?

When you see the attempt state then it means your router has sent hello packets but hasn’t heard back from the router on the other side. If the neighbor adjacency doesn’t come up after a few seconds, check if they can reach each other. Maybe something is wrong with your frame-relay configuration.

You’re the best Rene! Thanks for lessons. I didnt understand the point that why we need a non-broadcast network. Where can we use it? Cause we can make frame relay map broadcast as in the lesson you’ve explained (OSPF broadcast n.t over frame-relay). Is there any possibilities compared to broadcast network type over frame relay?