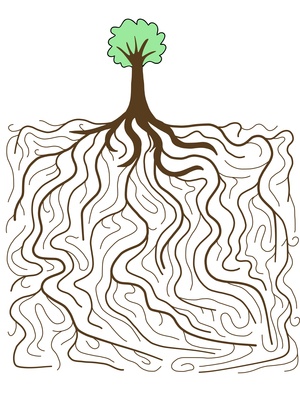 This tutorial explains how spanning-tree uses cost to select the best root ports.

Andy if I understand your question correctly then I think no. The lowest switch port number is a local decision therefore it is not considering the port numbers of the upstream switch.
I also can be wrong…

Maybe someone will correct me.

The switch will add the cost of its root port when it forwards the BPDU. It never adds the cost of the interface that is used to send the BPDU.

The total cost to get to the root will be the sum of all root ports.

The cost on SW3 will include the cost from SW2 and also the cost of the root port of SW3.

If you want to test this, connect three switches in a row and then use the spanning-tree cost command on the root ports of SW2 and SW3.

When Root Bridge will send BPDU to downside, what will be the cost in path cost field ??

Expecting your so nice explanation as always

Mohammad,
When a switch (including the root) sends a BPDU, it does not add any additional cost to the BPDU. Instead, the receiver of the BPDU adds the cost of the link on its root port to the incoming BPDU.

In the case of a root bridge (since it is the root), the cost would be zero. When the root bridge sends the BPDU, it maintains zero as the cost.

According to your Topology what is the port role between SWC to SWA and SWC to SWE link ??

I have one more question …

Suppose SW1----SW2------SW3 connected serially .We have set SW1 priority 4096 and other SW priority default.First Elect Root bridge by exchanging BPDU to each other, right ?? So, How SW3 will receive superior BPDU of SW1.How SW2 inform SW3? SW3 will reform BPDU ??

Mohammad,
You got it right. So in you scenario

where all three switches start up at the same time, all three switches claim that they, themselves, are the root bridge. Once SW2 gets the BPDU from SW1 with a lower priority, SW2 agrees that SW1 is better, and so is the root. In the meantime, if SW3 sends SW2 a bpdu where SW3 is claiming to be the root, SW2 will just ignore that, because SW3 has a worse priority than SW1.

Now, once SW1 starts sending BPDUs (which is the job of the root bridge), SW2 will accept that via its root port (connection to SW1), and send out a copy of that BPDU on all of its ports (in this case the Designated Port to SW3). When SW3 sees that BPDU (the copy sent from SW2), it now knows that SW1 should be the root.

q1) For STP, can I say that -> for a connection between 2 switches, if both ends are “Designated port” , 1 end will have to be BLOCK.

You are correct about the blocked ports. SwitchA is the root btw so those interfaces are always designated ports.

The purpose of finding a root bridge within a topology is to have a point of reference. When calculating the STP, you must begin somewhere, so a root bridge must be chosen. Once that is done, the algorithm can proceed. You can see a detailed description of how STP works at the following lesson: https://networklessons.com/spanning-tree/introduction-to-spanning-tree/

I hope this was helpful!

Is the following statement correct?

Modifying the Port Priority will only act on switches that are direct neighbor to the root switch, and modifying the Cost will have an effect (through the Root Path Cost) on the whole Network topology?

Julien,
You are very close to an accurate description. What you stated about Cost is correct, but port priority can affect neighbors that aren’t directly connect to the root bridge.

Cost vs Port Priority come into play at different levels of STP’s decision process regarding whether a port needs to be root, designated, or blocking/discarding.

After a root bridge has been elected, other switches must determine which port they have that represents the lowest COST path to the root bridge. When you set a Cost, this change will affect how all other switches see this path that are downstream from the switch where you made the setting. So in this sense, the change doesn’t necessarily affect the entire network topology as you stated, but rather only those switches downstream (from the perspective of the root bridge).

One important point with Port Priority, is that setting a value on switch #1 has NO effect on switch #1. Instead, you have to set the port priority on switch #2, so that switch #1 will learn this from switch #2. So just remember, that port priority set on an upstream port will affect the immediately connected downstream neighbor, but not the switch where it is actually set.

The scinario that you described essentially asks the question: What happens when we have two links between two switches that have equal cost paths back to the root? If I’m not mistaken, the topology you are referring to is the following:

where the ==== is essentially two physical links. So the question is, how are the designated ports determined between SW1 and SW2?