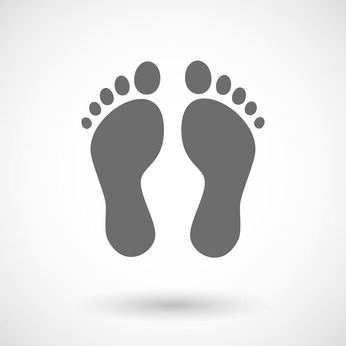 This lesson explains how traceroute uses the TTL (Time to Live) field to send probes and shows examples of ICMP / UDP traces on Windows / Linux.

Hi Rene,
Good stuff as always.
I have a questions regarding Probe keyword. How router calculating 3 rtt. Could you Pls make it clear once again.Thx
Br/Zaman

The probe keyword in Cisco IOS just tells the router how many packets to send. A probe is essentially one ICMP packet. The router responds with three lines as shown below:

There are three lines because traceroute provides a response from each router that is traversed.

Hi Laz ,
Still I am confused regarding Probe 1 Keyword that from the capture we saw sender sending 3 ICMP request packet (for Windows) while we used probe 1 keyword .So what is the meaning your sentence “The probe keyword in Cisco IOS just tells the router how many packets to send” . Actually I want to know how the 3 rtt value coming …

The number of probes is the number of packets that is sent per hop. If you see 3x RTT, it means 3 probes were sent to each router. These wireshark captures might help:

In the linux capture, only 1 probe is sent to each router. The windows capture has 3 probes for each router.

Thanks Rene and that’s why We like you badly

We seen that windows, Cisco Router and linux will use ICMP and UDP packets during Traceroute . My question is which operation system will use TCP ? Thanks

Linux uses UDP by default but you can use TCP. Check the Linux man pages to find the syntax for that. Some additional Linux traceroute implementations use TCP packets, such as tcptraceroute and layer four traceroute.

Can you please explain why we send incremental port number (dst port ) in the UDP traceroute ?

A traceroute on a Cisco device sends incremental destination port numbers for each hop in order to distinguish between the probes. To quote Cisco exactly:

You can find more information here.

My doubt is as below :

In Given Capture 1st UDP probe packet destination port is 33434 —>packet dropped as router has to decrement TTL from 1 to 0 and its not the destination network , so UDP encapsulation not even checked packet dropped with error sent to source . (please correct me if i am wrong here)

Looking over the cloudshark capture, it simply looks like the UDP port 33437 at the destination device of 192.168.3.1 is just not listening. You get a Type 3 Code 3 result which means, according to RFC 792, that the UDP port is blocked, possibly by a firewall.

In any case, the reason why this error is generated is because the port is blocked. The device has been reached successfully, since it is responding, but the specific port is unavailable and thus the response is an error message and not an echo reply.

what does it mean ? can it be that this specific hop hasn’t the reverse route to the source address from which im doing the Traceroute ?

Routers can be configured in such a way so that they don’t respond to ICMP messages. This is done for security purposes. When you see three * in one entry of the traceroute, but the traceroute completes successfully to the destination, it just means that, that specific hop in the path is configured not to respond to ICMP messages. If all subsequent entries in the traceroute fail then that means that the routing has failed and the last successful hop is the one that responded.

Thank you for the reply.

or may i have this :

All of this is because a security configuration to not reply or filter icmp msgs ?

I would like how to configure that on a router to replicate this in a lab.

ll of this is because a security configuration to not reply or filter icmp msgs ?

Yes that’s it. Such a configuration will protect devices from attacks such as Denial of Service (DoS) and from the “ping of death”. This has to do with the implementation of control plane policing (CoPP) on network devices. CoPP is a mechanism by which we can enable policing on traffic that is destined to our network devices themselves rather than policing traffic that goes through the router. You can find out more information about CoPP at the following lesson:

Hi,
from the below output , does it mean it took 4 ms to reach final destination ?

You can view each of the responses in a traceroute as a single ping to the specific hop. With the example you stated above, lets say this was a traceroute from Host1 to Host2 in the following topology:

You can view each of the responses in a traceroute as a single ping from Host1 to each router in the path. So if you want to know how long it took to reach the final destination, just look at the response time of the final traceroute response: 1ms.

How about echo-reply time ?
from the above output 100 ms , can I say is the echo response +processing time by the host + echo reply
Thanks

The output that we see as a result of the traceroute command shows round trip time. When traceroute is initiated, it sends three packets, and the three times you see in milliseconds are the round trip delay times of each of the three packets. They measure the time between when the original ICMP packet is sent until the response to that particular packet returns. So those times (100ms for example) is the sum of the sending transmission time, the processing time of the responder and the return transmission time.

You can find out more info about traceroute at the following Cisco documentation:

Understanding the Ping and Traceroute Commands

This document illustrates the use of the ping and traceroute commands. With the aid of some debug commands, this document captures a more detailed view of how these commands work.