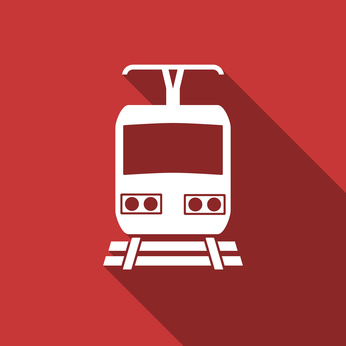 This lesson explains how to run EIGRP over frame-relay multipoint and point-to-point networks.

Can we use “frame-relay interface-dlci DLCI NUMBER” command in frame-relay multipoint connection ?

You could yes, basically all the command does is say “this DLCI number belongs to this interface”.

So how dose the interface map between IP address and dlci number since we have tow router on the same subnet on the other side ?

Inverse ARP will take care of that. If you use “frame-relay interface DLCI” on a multipoint sub-interface then it will work.

could you confirm if this include int he ccie v5 exam or not ! coz its linked with the ccie .

I’ll remove it from the CCIE page, frame-relay is not in CCIE V5 anymore.

I was just wondering, would there be any scenario where multi-point frame relay would be used? The only scenario I could think of is in a home broadband users router where they only need a default route pointing to an interface. They don’t really need to populate their routing tables like a multi-site business would.

Frame-relay is a really old WAN protocol, you won’t see it much anymore.

Two possible scenarios I can think of are:

And for whatever reason, the requirement is to have a single subnet on the frame-relay network.

I cannot see how in the configuration you are not specifying that this is a broadcast map and on the below output is show as one. Also the fact that it shows as dynamic, it should show as static?

After making these changes you can verify that the frame-relay maps have been updated:

In the text says:
You can choose between multipoint or point-to-point, let’s choose multipoint:

but in previous post you mentioned that frame-relay interface dlci is for point-to point, and frame-relay map ip is for multipoint??

When we use the frame-relay interface-dlci command, we tell the router that the DLCI number belongs to this sub-interface. This allows inverse ARP to do its work and learn the mappings dynamically. By default, broadcast is enabled.

If you would configure frame-relay maps, that’s when you would see static entries.

On point-to-point interfaces, the only thing you’ll ever need is the frame-relay interface-dlci command since there is only one PVC on this sub-interface.

For point-to-multipoint, you will have to use the frame-relay map command if you want to explicitly configure which IP address is reachable on which PVC. The frame-relay interface-DLCI command will still work if you use Inverse ARP.

I noticed in the frame-relay “eigrp on Multipoint Frame-Relay” you did not do the ping back to R3.
So, when I tried it failed of course. I created in GNS3 a loopback 3.3.3.3 on R3 and advertised it on
EIGRP and it would not ping from router 2(R2). You then have to correct the problem by mapping the DLCI on
router 3, as well. If you do not add the static DLCI mapping to the interface s0/0 on R3 the entire router
is not able to be pinged from R2 to R3. Checking the Routing table shows an EIGRP route (R2) through R1 but
R3 will not respond to the echo request. I scratched my head on that one for a while.

I like using the loopback 0 address for troubleshooting with ping as well. I am sure you were aware of that the
other R3 Static DLCI command was needed but us newbs are not so fortunate. You state that through static frame relay
mapping that adjacencies can be built between router 2 and 3. Can you elaborate on that? As well how would we build
redundancy into this scenario of hub and spoke. If something happens to PVC between either R2 or R3 and R1 then R3
cannot reach reach R2 and visa-versa. How do we map from R2 to R3 so redundancy is accomplished (partial-mesh). EIGRP would then
develop new routes for traffic between R2 and R3. More efficient and at a lower hops with the new adjacencies.

1)When there is frame relay connectivity between routers,why do we need EIGRP?

@Forrest That’s right, in that example I only solved the problem for the ping from R3 to R2 by adding a frame-relay map on R2. For the other way around, you should add a map on R3 as well.

The underlying problem here is that EIGRP expects the network to be multi-access, this means that all devices should be able to reach each other directly. In reality, only the hub can reach the spokes directly. You won’t be able to estalish an EIGRP adjacency between R2/R3 directly with only PVCs to the hub.

It’s better to use frame-relay point-to-point everywhere instead. You won’t have issues with split horizon and spoke-to-spoke connectivity.

Trying OSPF instead of EIGRP is also an option. Take a look at this example:

Depending on the OSPF network type, OSPF will use different IP addresses for the next hop which solves the missing frame-relay maps problem.

In the hub and spoke topology, the hub is always a single point of failure. You could solve this by adding a second hub. Two hubs routers on your main network, all spoke routers connected to both hubs. It’s similar to the DMVPN topology with two hubs:

@Nirosh you will need a routing protocol (like EIGRP) to advertise any networks BEHIND the hub or spoke routers. If there is no connectivity between two (spoke) routers, you will have to add some additional frame-relay maps.

My question is if we have to configure also the spoke routers with the same type of logical sub-interface that we use in the hub? In other examples, and I used it as well on GNS3, I configured my hub router with logical sub-interfaces (point-to-point)/(multi-point) but for the spoke routers I always used the physical interface regardless the setup on the hub router. Is this approach correct ? Thus my configuration on the spokes was always done with the "frame-relay map ip ", which I take into account both for the hub router and rest of spokes. Thus I use it as many times as necessary, and the difference is in the . However, in your examples, you use also sub-ifs on spokes, so to conclude what’s the correct approach for the spoke routers? Physical or logical sub-ifs ?

please when configuring subinterfaces on frame Relay, do we have to configure the main physical interface with frame relay encapsulation and IP address before configuring the subinterfaces with
with different subnets?
thanks
Olivier

When configuring subinterfaces to function with Frame Relay, it is necessary to first configure the main physical interface with frame relay encapsulation. There is no need to configure an IP address as each subinterface will have its own IP address.