Hi Rene.
Thank for great explain, How ever i still confuse. Can you explain what is RP mapping agent ? and why we need it ?
Thank
Sovandara

In the first version of PIM-SM, all routers were required to be manually configured with the IP address of the RP. This does not scale well for a large complex network.

After this, Cisco implemented the Auto-RP feature which automates the distribution of group-to-RP mappings in a PIM network. To make Auto-RP work, there must be an RP mapping agent which receives the RP announcement messages from the RPs and arbitrates conflicts. The RP mapping agent then sends the consistent group to RP mappings to all other routers by dense mode flooding. This way, all routers automatically discover which RP to use for the groups they support.

I have a very basic topology of router on a stick so two VLANS (10 and 20) can communicate. What type of multicasting (SPARSE / DENSE) should I configure on my router (C2900 V15.2) to enable a server in one VLAN (VLAN 10) to send multicast traffic to devices in its own VLAN and devices in the other VLAN (VLAN 20) - that is connected via Router on a stick (sub – interfaces)

If your topology only consists of a single router with two VLANs, then DENSE mode would be preferable. Arguably, this is the simplest mechanism as it doesn’t require an RP (since you only have one router). In such a case, dense mode forwards multicast traffic on all interfaces until we are requested to stop forwarding. For more info on dense mode, take a look at the following: 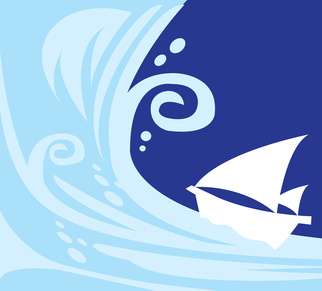 Hello, is the ip pim autorp listener command only needed in one adj PIM router or Do I needed it everywhere in order to get the RP?

It depends on your topology. In the following lesson, near the end, you will see an example of the use of this command. In the specific topology a mapping agent is used, and it was only necessary to enable this command on a specific router in order to get the topology to function.


This command should only be enabled on routers that may be blocking traffic from the 224.0.1.39 and 224.0.1.40 addresses due to PIM sparse mode. I believe that the above lesson will further clarify this situation.

I was wondering about use of the command ip pim autorp listener on a bigger topology. Is it needed everywhere or it is just needed on adj routers?

The command should be implemented on routers configured in sparse mode, for which you want the flooding of the Auto-RP groups. If you require this for your whole network, then yes, you would implement everywhere.

Nowadays, I usually add a “startup” config at the beginning when I show the topology and a “final” config at the end. When there is only one config, it’s the final config and at the bottom.

And for the final configs:

I hope this helps, if you see anything that is confusing, let us know and we’ll fix it!

Thanks Rene, so far the only startup config i saw was in one of the multicast lessons, other than that the previous lessons in the ENCORE course only have final configurations, I have have to always work out and try to figure which is the startup and final when i copy and paste into my gns3 topology

for e.g in the Multicast PIM Auto RP course, there is only final configs included with a lot of other courses, i hope you understand what i mean or maybe there is something not right with my web pages not display the startup configs for each course in the beginning.

For the Multicast PIM Auto RP course, only the final configs are included, since it is one of the older lessons. However, over time these lessons may be updated as well. We’ll let you know.

Thanks for pointing it out!

Can you please explain what does the “scope 5” mean in the command ip pim send-rp-announce loopback 0 scope 5.
Also what would an actual end host not a Cisco router as simulated in these lessons do to join a multicast group ?

More information about this command can be found here:

I was going through this lesson https://networklessons.com/multicast/multicast-pim-sparse-dense-mode# and in section 1.2 I decided instead of using another device I could maybe use a svi interface and make it look I was pinging from somewhere(source-interface?) else just to test basic functionality.

except on the n3k nx-os platform the ping failed:
ping: either multicast replicate flag or source interface needs to be specified
Any idea how to go about this. It seems to get wonky with other ping options too.

It seems that the ping functionality in a Nexus device works a bit differently than in an IOS device. When you ping to a multicast address in IOS, it simply knows what to do. It sets the replication flag automatically and chooses the appropriate parameters to make the multicast ping work.

For Nexus devices, you must specify some of these parameters. In particular, if you do an extended ping on a nexus device, you can choose the source interface, which should result in a successful ping. In addition, some others have found that an extended ping in a nexus device with all default parameters will actually work as well. It seems that the replication flag is automatically set in such a case. Take a look at these Cisco community posts for more information:

Hello - I'm very new to the Nexus OS and I am trying to setup multicast. I found out that you no longer need to enable multicast by doing "ip multicast-routing" that you would just need to do "feature pim". Now I'm trying to enable bidir, in CatOS...

Alternatively, you can use the ping multicast command about which you can find out more here:

This NetworkLessons note on using multicast ping on a Nexus device may also be helpful.